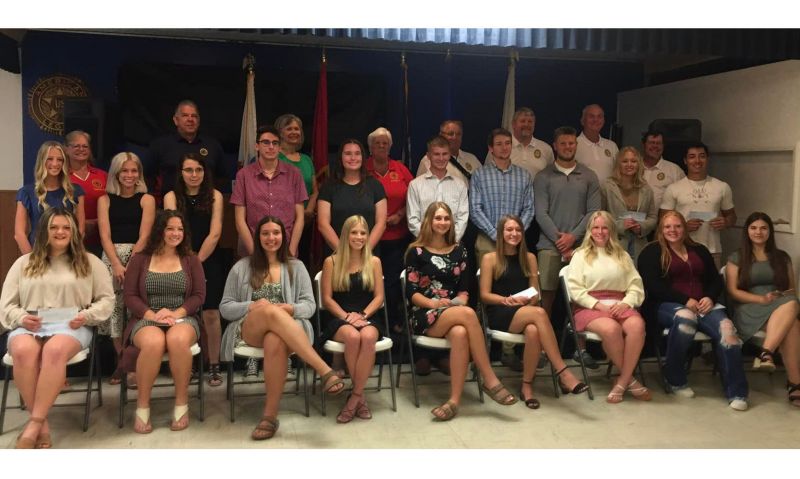 After a career in education, Ray Amrhein became commander of Bernard Hurst American Legion Post 77 in Brookville, Ind., and of its honor guard. Shortly afterward, Amrhein established a scholarship program at the post funded through both the post’s gaming proceeds and an annual chicken dinner and raffle.

Amrhein had been an administrator in each of the Franklin County Community School Corporation’s schools before becoming the corporation’s superintendent. “Because he was so interested in education, several years ago he decided to start a dinner,” said Mike Biltz, a member of Sons of The American Legion Squadron 77 and co-chairman of the scholarship’s fundraisers. “It was fried chicken and pork chops … and everyone could gather and visit. They had bands and everything.”

Then COVID-19 hit, bringing a stop to the dinners. But instead of putting a halt to the scholarship program, the post’s American Legion Family adapted. “We kind of copied the (Eagle Fire Company of Oldenburg, Ind.). They did a chicken drive-thru,” Biltz said. “So, we started doing that here. We dedicate one of the chicken (fundraisers) to the scholarship fund, and we also do a raffle. We raise about $4,000 doing that.”

Biltz serves as the fundraiser co-chairman with Legionnaire Bill Higgs. “Bill, Ray and I were good friends,” Biltz said. “Ray was my high school principal and superintendent when he hired me (as an elementary school teacher), and then he was my mentor when I decided to become an administrator.”

Before passing away last year, Amrhein was awarded the Sagamore of the Wabash, the state’s highest honor. Biltz did some research leading up to Amrhein receiving the award and came up with a total of more than $50,000 awarded through Post 77’s scholarship program since 2013. This year’s effort upped that number to around $65,000.

Biltz, who spent 40 years in education, eventually becoming a principal, said Post 77’s scholarship program is “giving back to the community and building up character in our students. Ray’s, and I guess our, philosophy is we try to give money to everybody that applies. Whether they go to (a four-year college) or some technical school or training school, you don’t have to be the top student to get financial help. They’re all going to contribute to society in the future, and that’s our goal: to make society a better place.”