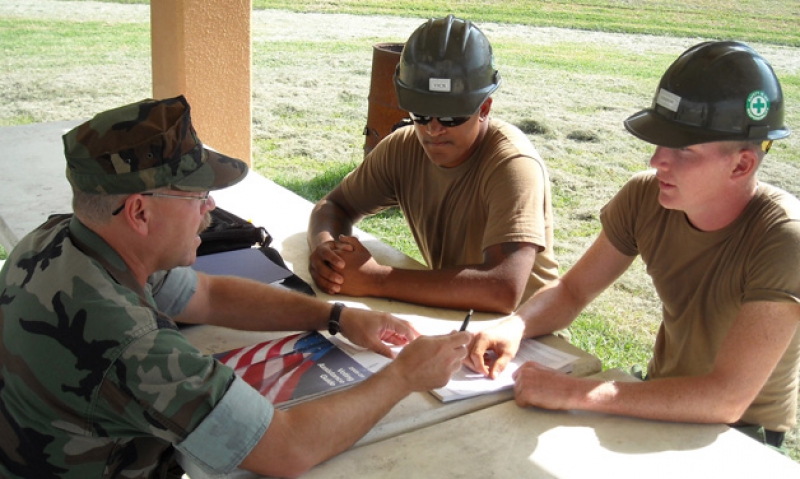 With the number of absentee ballot requests from servicemembers down by 70 percent since 2008, The American Legion is urging the Department of Defense (DoD) to step up its efforts in the final weeks before Election Day to get out the vote among its troops.

The Military Voter Protection Project reports the decline in ballot requests is especially prominent in two of the country’s swing states. Virginia has only about 12,000 requests this year and Ohio has about 9,700. Four years ago, the states had nearly 42,000 and more than 32,000, respectively. Several other states show similar declines, including Florida and North Carolina.

Last month, a report released by DoD’s Inspector General found that many military installations worldwide lack functioning offices where troops can register to vote and obtain absentee ballots. Investigators tried to contact 229 voting assistance offices but only succeeded in reaching 114 of them.

"We want to make sure the Department of Defense is doing all that it can to help members of our armed forces vote in this year’s election," said James Koutz, national commander of The American Legion. "There is no reason why our troops – serving far from home and in harm’s way – should be denied their right to vote because of failures in the military bureaucracy."

In 2009, Congress passed the Military and Overseas Voter Empowerment Act, intended to ease the voting process for troops stationed overseas; it also authorized the establishment of voting-assistance offices at overseas bases, yet failed to authorize funding for such offices.

"If these voting-assistance offices aren’t working or don’t exist, then DoD should use its social media network and other means at its disposal to get ballots out to our men and women in uniform, and urge them to vote," Koutz said.

Through its Federal Voting Assistance Program, DoD has been sending several "blast" emails to its forces, urging them to request absentee ballots from their home states or download them from the program’s website. But the IG report indicated DoD is not using Facebook, Twitter and other online tools to enhance the effectiveness of its election-year outreach.

Koutz said this election year is "monumentally important to America’s military. Sequestration is staring us all in the face and our national security is definitely at risk – all four services have said as much to Congress. The American Legion wants as many servicemembers as possible to vote in this election, and it wants the Department of Defense to make it easy for them to do so."

At its national convention last August, The American Legion passed a resolution supporting the reform of the military voting system. Noting that 30 percent of all military absentee ballots are still uncounted in federal elections, the Legion called for "appropriate laws and guidelines (to) be developed at federal, state, and local levels with the intent that all military absentee voters and their families will have their votes counted in every election …."

The Legion also urged DoD to adopt a system that could send and receive ballots electronically.

"National defense is uniquely a constitutional mandate," the resolution said, "that gives the Federal government the authority and responsibility to ensure military personnel and their families are not disenfranchised by the circumstances of their service …."