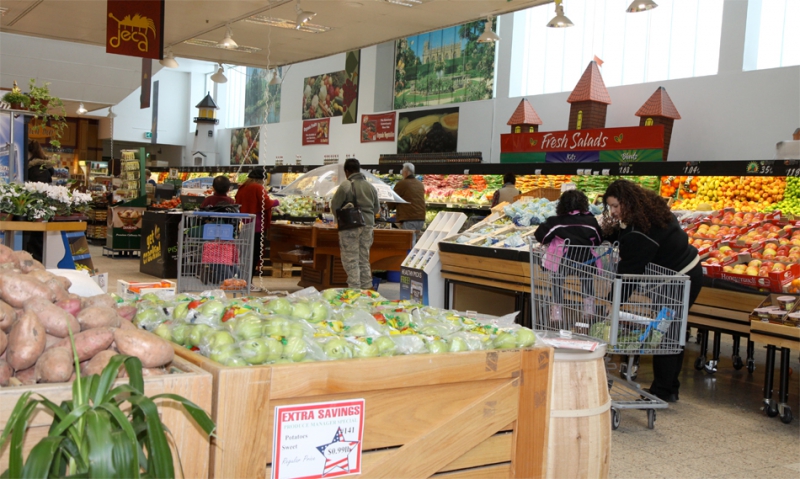 American Legion National Commander Daniel M. Dellinger is incensed by a threat to the survival of military commissaries – the U.S. military’s grocery stores. The Department of Defense reportedly is discussing a $1 billion cut over the next three years to the Defense Commissary Agency (DeCA) budget. As a consequence, all but a handful of servicemembers’ and military retirees’ grocery stores could be closed.

"This is yet another undeserved blow to our men and women in service – and their families – in the name of ‘necessary cutbacks’ to reduce an ungainly national deficit," Dellinger said. "Like the trimming of expenses to be made by reducing military retirees’ pensions, this is an inexcusable way of attempting to fix a fault by penalizing the blameless."

The DeCA currently operates nearly 250 stores worldwide with a $1.4 billion annual budget. With the proposed budget cut to $400 million annually by fiscal 2017, all but 24 stores would close. Those remaining would be overseas and in rural areas stateside.

"Commissaries are extremely important to young military families who are just trying to make ends meet," Dellinger said. "By using commissaries, financially challenged military families can save an average of more than 30 percent on their purchases compared with commercial supermarkets.

"This important benefit helps compensate for the significant difference between military pay and comparable civilian salaries. In addition to improving the quality of life for the troops and their families, commissary privileges help recruit and retain the best and brightest men and women to serve our country."

The American Legion leader’s comments echo the points made in a resolution adopted by Legion leadership in 2012, which stated, "The value of commissaries in the quality of life equation for junior enlisted families and military retirees and others is indisputable. Military commissary usage has ranked second only to medical health care in the non-pay compensation package… Any effort to reduce or dismantle the integrity of the military commissary system would be seen as a serious breach of faith with a benefit system that currently serves as a mainstay for the active and reserve components, military retirees and military survivors, military personnel involuntarily discharged or released from active duty, and 100 percent service connected disabled veterans and others."

Dellinger encouraged DoD to reconsider the proposal, saying, "The costs in both fiscal and human terms would be far higher than the temporary savings realized. It’s a bad idea, plain and simple."