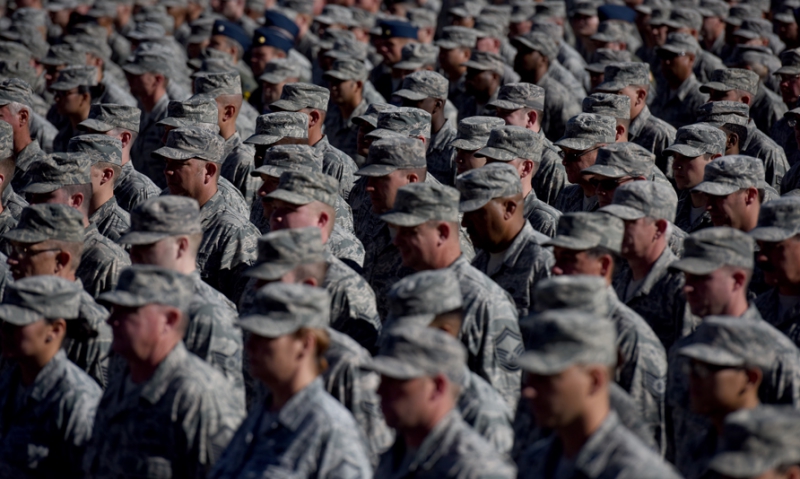 The American Legion is calling on Congress to resist any attempt to dismantle the Selective Service System, known publicly as “the draft.”

“Not only does the American Legion support the Selective Service Registration Program, delegates to our 2014 National Convention unanimously supported a resolution that called for expanding registration to females between the ages of 18 to 25,” American Legion National Commander Dale Barnett said. “According to its current mission statement, the Selective Service System and the registration requirement for America’s young men provide our country with a structure and system of guidelines to provide the most prompt, efficient and equitable draft possible if needed.”

The Military Times reported that congressional staffers confirmed that The House Armed Services Committee plans to examine the Selective Service program’s “viability” and “alternatives” when it reviews the annual defense authorization bill this week.

This call for a report is following dialog in Washington concerning whether or not to keep the draft and also add women to it.

Bills H.R. 4523 is current legislation presented to abolish the Military Selective Service Act and H.R. 1509 proposes to add women to the current Act.

Committee officials insist that since the draft has not been used since 1973, the authorization bill is only designed to review the cost and operation of the program, but it is not intended to propose provisions on whether or not the Selective Service should continue or be abolished.

Nevertheless, The American Legion is at the forefront of expressing its concern for such a report. “This would be foolish at a time when nations are trying to develop nuclear weapons, terrorism is on the rise, and countries that have large conventional forces have increased confrontations with our military,” Barnett said. “The men and women of our all-volunteer-force do an outstanding job protecting us, but we must be prepared to offer this support that they need if a national emergency arises.”