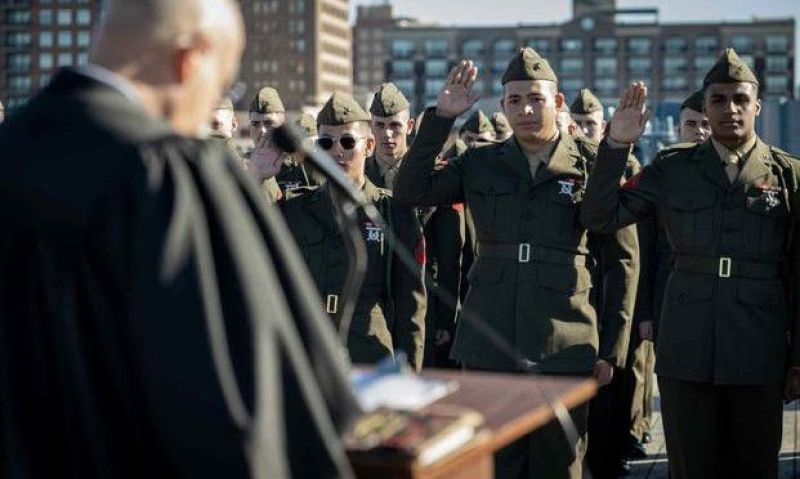 American Legion-supported legislation that would provide an easier path to returning to the United States for deported veterans and earlier opportunities for non-citizen servicemembers to apply for naturalization passed the House of Representatives Dec. 6.

The Veteran Service Recognition Act of 2022 establishes a review process for noncitizen veterans, servicemembers and their families, and creates opportunities for deported veterans to obtain legal permanent resident status.

‘There is no greater commitment to citizenship than putting on the uniform,” said Chanin Nuntavong, The American Legion’s Executive Director of Government Affairs. “We have a responsibility to ensure all veterans have access to the benefits and healthcare they deserve, including American citizenship. Men and women who served honorably should not face undue barriers to citizenship or face deportation from the country they served or fought to defend.

“The American Legion is proud to support this important legislation and applauds the House of Representatives for passing this bill to honor the service of the immigrants who have sworn the oath of enlistment and put their lives on the line for our nation.”

The legislation, H.R. 7946, was introduced in the House by House Committee on Veterans’ Affairs Chairman Mark Takano. The bill has been referred to the Senate Committee on the Judiciary.

“I have been fighting to prevent noncitizen veterans from falling through the cracks of our broken immigration system for years because it is shameful that they are being exiled from the same country they risked their lives to protect and defend,” said Takano via a news release. “I am thrilled that the House passed the Veteran Service Recognition Act, a critical step to ensuring that our men and women in uniform are honored for their bravery, heroism, and service, no matter where they were born.”