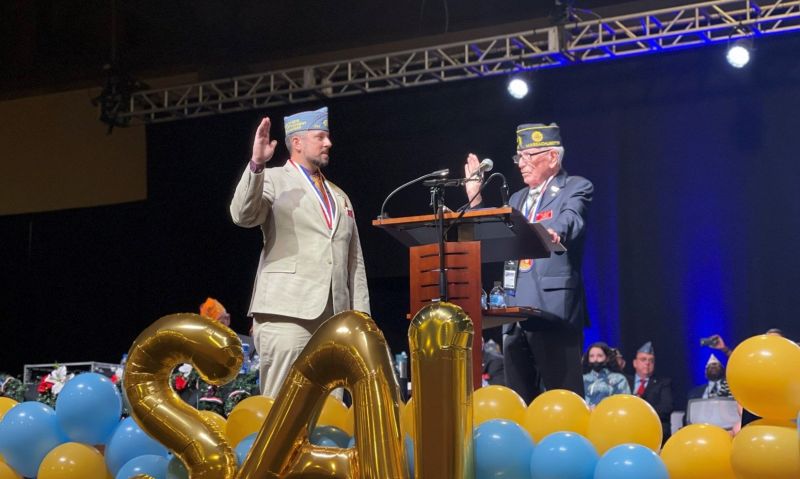 The next national commander of the Sons of The American Legion emphasized teamwork as key to the program’s 2021-22 in his speech to the SAL National Convention on Aug. 29.

Michael Fox of the Detachment of California was elected national commander at the 49th SAL National Convention in Phoenix.

“Now more than ever, we need to be a united brotherhood to be champions within our communities,” Fox said.

Fox’s motto for his term as commander is “leadership through action, not through position,” a reminder that every SAL member can make a difference.

Fox has been a member of Haggin Grant Squadron 521 in Rio Linda, Calif., since the day he was born. He held his first elected position at Squadron 521 as sergeant-at-arms at the age of six.

Fox has four daughters — Hailey, 21; twins Kaci and Kali, 16; and Skye, 12 — and is engaged to Crystal Reagan, who has three children of her own.