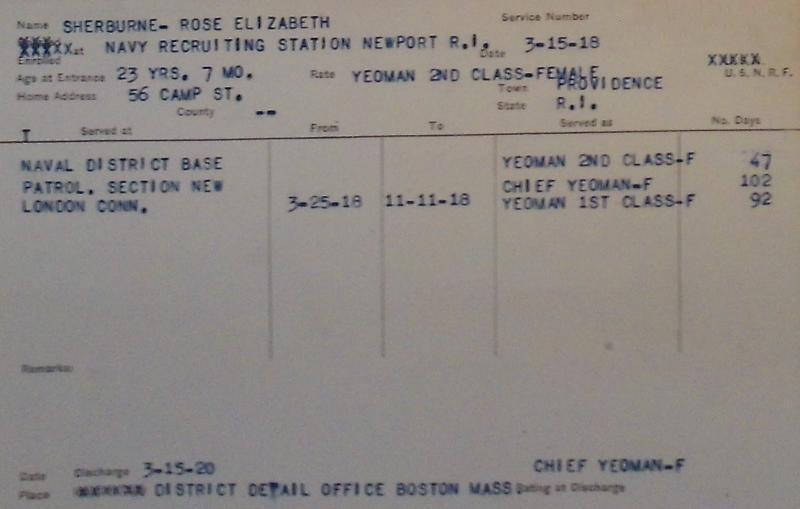 Recently, I discovered some historic military facts about my grandmother that I wanted to share.
In 1917, as America was beginning its involvement in World War I, for the first time ever the U.S. Navy put out a call for women to join their ranks. My 23-year-old grandmother, Rose Sherburne Clancy from Providence, was the first woman from Rhode Island to step up, take the oath and become a Navy Yeoman’s Mate 2nd Class. She was trained and served at both the Newport Naval Base and Naval District Base in New London, Conn. She was among over 11,000 women who proudly served our country during that time. Her enlistment ended four years later after which and she was honorably discharged as a Chief Yeoman’s Mate 1st Class.
When The American Legion was formed, my veteran grandmother became the first female commander in the state of Rhode Island; Post 44 in Providence. She also served as an officer in the Department of Rhode Island.
My grandmother had nine children, five girls and four boys. As World War II broke out, two of her daughters became Army nurses and served in the European theater and two of her older sons went to sea with the Navy.
Years later when the U.S. was involved in the Korean War, my father, Robert Clancy, was a member of the Navy and also served overseas and saw combat in the Army. My parents had nine children, of which three served in both the Navy and Army. Many of my cousins also served our country in uniform including Maj. Miriam Clancy, an Army nurse who continues the proud tradition of military service today.
This year marks the passing of 103 years since Rose Sherburne Clancy enlisted in the Navy, and the 75th anniversary of her untimely death. She died in 1946 at the age of 52, before I was born. My father and his siblings never mentioned anything about their mother’s military service or shared their own personal military experiences. It was just the way it was back then, military service was something you did for your country. For this Memorial Day, I want to offer a long-overdue recognition and salute to my grandmother for her historical military service to our great country and the lasting legacy she left behind.
Rest in peace, Grandma Clancy.