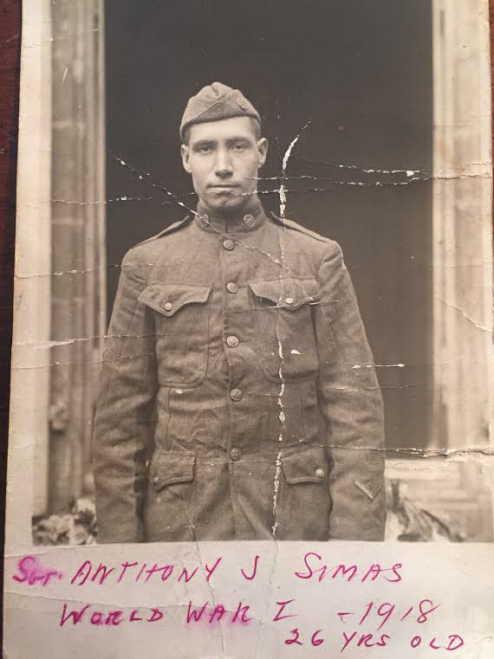 I’ve recently had a burning desire to learn about my last name, and where it has been throughout history. My father never met his paternal grandfather, my great-grandfather. He passed away when my grandpa was 14.
With a little search on Ancestry.com, I learned he was born in Sao Miguel, Azores, Portugal, and immigrated to America when he was 10, alongside his mother and sister. They lived in Boston before he was inducted into the United States Army in New York City, on Oct. 11, 1917. He was assigned to Battery D 304th Field Artillery in the 77th Division, where he served as a supply sergeant.
This was all interesting, but it wasn’t enough; I wanted to know more. With a quick search on Google, I came across a book: "The Story of Battery D, 304th Field Artillery September 1917 to May 1919."
Within the first two pages was my great-grandfather’s name — Antonio Joaquim Simas. What was even more fascinating was learning my great-grandfather was with the group of men who were the first of their regiment to fire on the enemy at the front, and that it also fired the last shells in the division on the afternoon of Nov. 10, across the Meuse River.
The historian of the Battery noted my great-grandfather as the only representative from Portugal, who was “illustrious...filled with wit, wisdom, and eloquence.”
Doing his duties as supply sergeant, the book mentioned my great-grandfather would sit in solitary splendor in the little supply room they had while his satellites busied themselves with the supply work.
Something I already knew about my great-grandfather was his baseball skills, which the book mentioned. He was the first sacker during the battery’s baseball season, whom no one had a chance against, “with his excellent all-around work, in addition to the halo of his sergeant’s stripes.”
My great-grandfather left for France to fight for a country he came to at the age of 10, on his 26th birthday - April 22. He was in Brest, France, when the war ended on Nov. 11, 1918 - two years later, on the very day, he married my great-grandmother. It makes me wonder how special these dates meant to him.
After talking to my grandpa, I learned his father was partially deaf due to the war. It was the explosions which made him go deaf, but he did not let that stop him.
He fought and fought for a world victory, no matter what. And for that, I am proud to be a descendant of a World War I soldier!