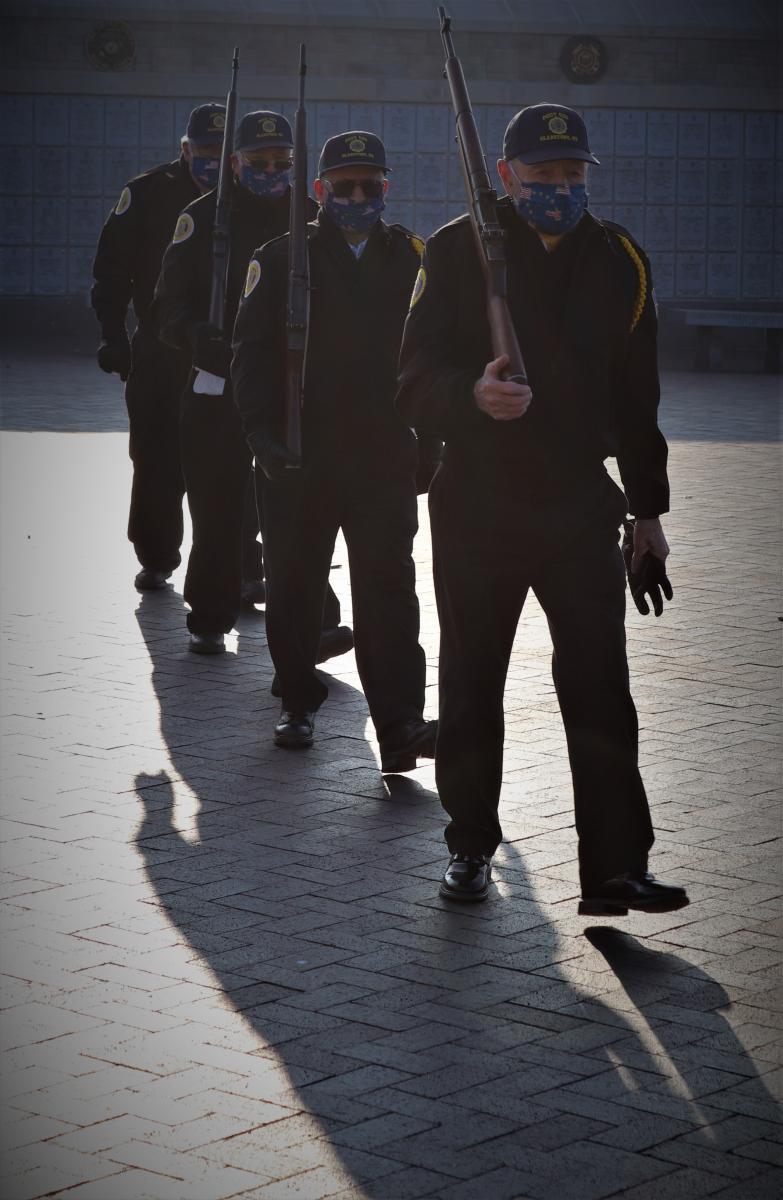 Bennett & Dennis Herrick Memorial American Legion Post 626 takes their duties to heart and shows their commitment to service. Their current honor guard team, which saw its first service at the Leavenworth National Cemetery on May 25, 2016, is still going strong and is getting plenty of assignments from the Missouri National Guard Headquarters which oversees the Missouri Military Funeral Honors program.

Their dedication to service has led to being recognized as one of the area’s “go-to” teams. “We have a good rapport with the people in Jefferson City,” said honor guard captain Phyllis Rosales. “My goal as honor guard captain is to reply back to Jeff City within 20 minutes. They know that we try and do all they send our way. Very rarely do we decline any. They also know that they can call us in a pitch and we usually come through for them. For example, they called last week in the afternoon for a morning funeral the next day because the other honor guard had a positive COVID test. We were able to do the last-minute funeral with no problems."

As of Dec. 10, they have completed 297 funerals in all. Four were done in one day, Dec. 7, at the State Veterans Cemetery in Higginsville. “We are busier right now, because so many posts have stopped performing services because of the pandemic,” Rosales said. “We have stopped twice to quarantine for 14 days and then resumed. We are proud to serve the veterans and their families in this final goodbye.”

“Everybody in the post is proud of our team and appreciates their commitment to duty,” said Post Commander Douglas Millison. “We are really lucky to have each and every one of them.”