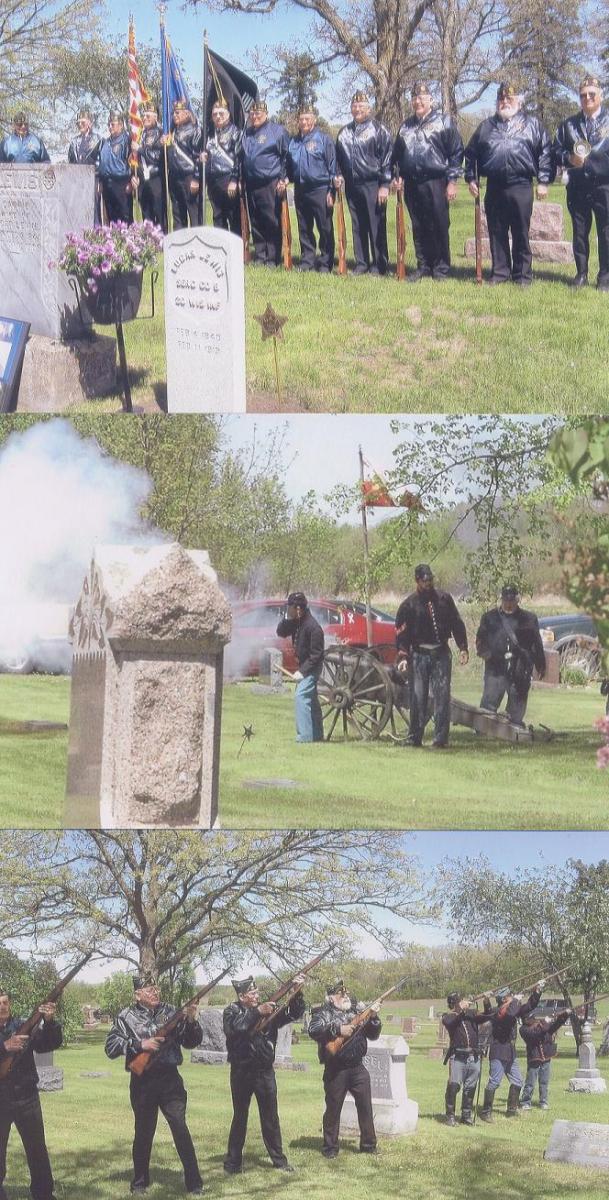 His regiment usually moved by forced marches through six states as well as to Matamores, Mexico, to protect the American Consulate. He was wounded during battle at Prairie Grove, Ark., and mustered out at Galveston, Texas.

Lewis was buried at the Hewitt (Minnesota) Cemetery next to his wife who preceded him by many years. No military honors or even a Veterans Administration marker were provided at the time of his burial. A great-granddaughter, Marian Shelby of Salt Lake City resolved to investigate possible provision of an official grave marker. With the assistance of her sister, friends in Minnesota, and a monument service in Fergus Falls, Minn., arrangements were made to receive a military grave marker and provide military honors.

On May 12, 2012, family, friends, Legionnaries and re-enactment personnel gathered at the Hewitt Cemetery. The story of Lewis was told, patriotic songs were sung and appropriate military honors were rendered. At last, 93 years after his death, Sgt. Lewis was officially recognized for the military service he rendered to his country.