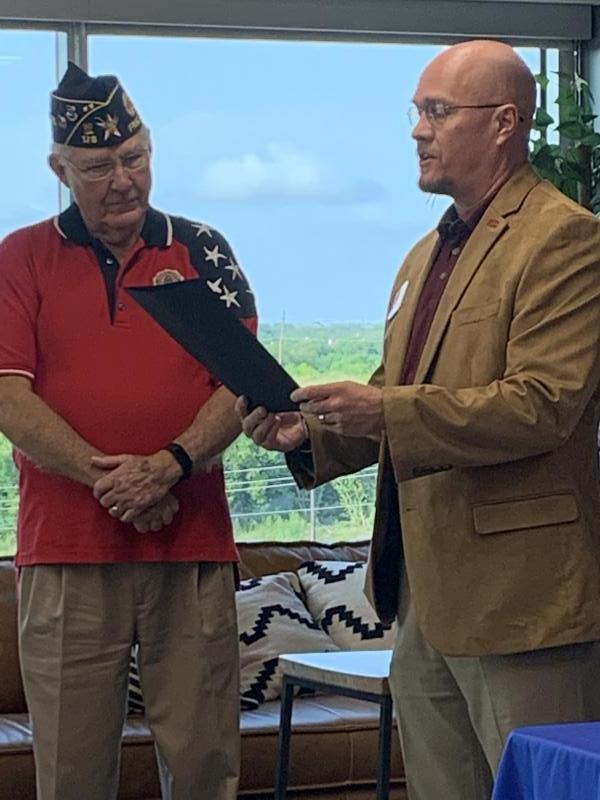 Fred Rogers, former commander of American Legion Post 178, was honored by the Frisco City Council, Frisco ISD, and representatives of local state and federal government officials during a recent post membership meeting. Rogers has been an American Legion member for the past 14 years. In 2014, he was also a founding charter member of Post 178.

As commander for the past seven years, the post membership has grown from 130 to more than 600 members. During his tenure, Post 178 received the Texas Post Excellence Award for four consecutive years and the National Post Excellence Award for three consecutive years. He has also previously held numerous prestigious local and state positions, such as president - Frisco Veterans Advisory Council, Department of Texas vice commander, and chairman – Department of Texas Oratorical Scholarship Program.

Rogers will continue to be actively involved in post activities and planning as a member of the Post Executive Committee.