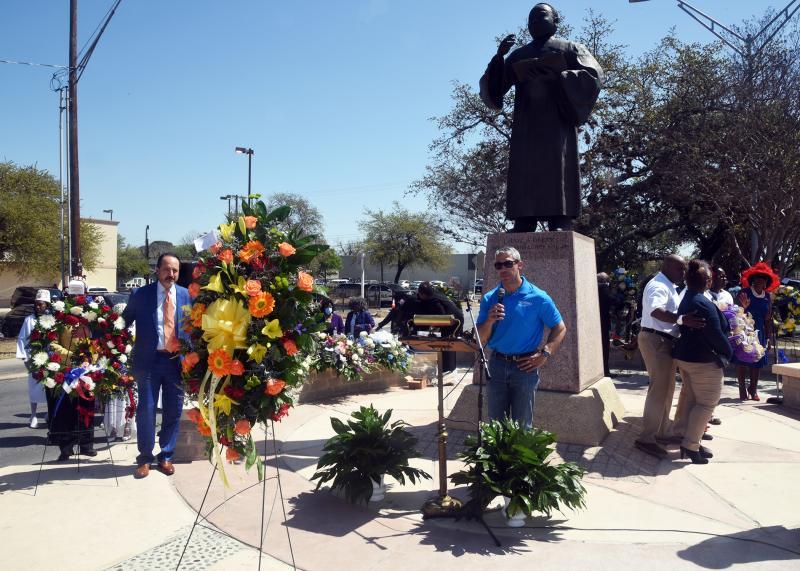 According to Nirenberg, the words Dr. King spoke more than 50 years ago are as powerful today as when he said them.

“We have come a long way, and no one will disagree with that, but we can also say resoundingly that we still have a long way to go. We cannot be discouraged by the efforts of some to push us back toward a less enlightened era nor with one that settles our conflicts with violence.”

“There are some people who say that in these times we shouldn’t celebrate that life (1960s), that we shouldn’t march ... although I respect their position, I disagree because life is too short to not celebrate somebody’s life in the time that we have.”

Normally held in January over the MLK Holiday weekend, the wreath-laying ceremony was rescheduled due to COVID-19 and to coincide with the anniversary of the death of Dr. King on April 4, 1968.

Presenting the colors were members of the Bexar County Buffalo Soldiers Association, many of whom are members of Fred Brock Post 828.

Special thanks to Harold and Mary Moore for planning and executing the ceremony.