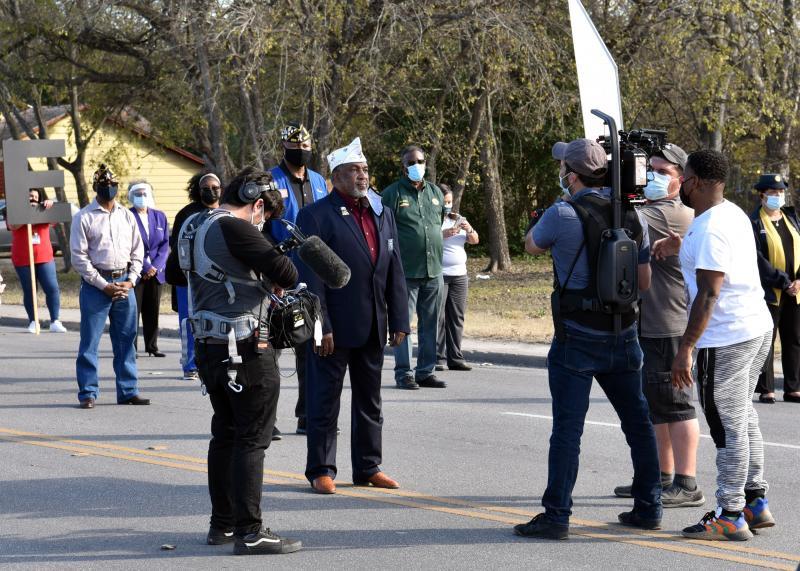 "The Commemorative MLK Virtual March," a film directed by Ya’Ke Smith of Exodus Film Works, will air from 10 a.m. to noon on MLK Day on News 4 San Antonio and TVSA 21. The film will include city officials, clergy, civic, business and other organizations.

According to Watson, because of COVID-19 and the way it has been ravishing the community, it would be irresponsible to have a march on MLK Drive, therefore it will be held virtually. And she is asking everyone to stay home, watch it and be safe.

On Dec. 10, 2020, Smith filmed in front of Fred Brock American Legion Post 828 to honor and salute front-line workers, the military and veterans.

One of the highlights of the movie will be the Rosa Parks Bus provided by VIA Transit and family members of those who have been murdered over the past several years, to include many activists.

“I have been tasked with recreating a cinematic retelling of the MLK March and because of the global pandemic, we don’t want 350,000 people to come out honoring Dr. King on that day,” said Smith, a native of San Antonio and graduate of Sam Houston High School. “We want to create a film that is in many ways in keeping with the spirit of the march, the march’s celebratory nature, and something we hope will keep people excited enough to stay home, watch the film and not come out.”

Smith, who is a film professor and associate dean at the University of Texas-Austin, said being a part of the project means a lot to him.

“The march has been an integral part of my life for as long as I can remember,” said Smith. “I marched in the Sam Houston High School Band and before that I marched with my church. I’ve always been part of the march in some way.”

“I realize that even though we are filming this specifically for 2021, this will be something that will live on for a very long time,” Smith continued. “It will be something for the world to see. I am proud that my brand will always be tied to this project along with my cinematic vision.”