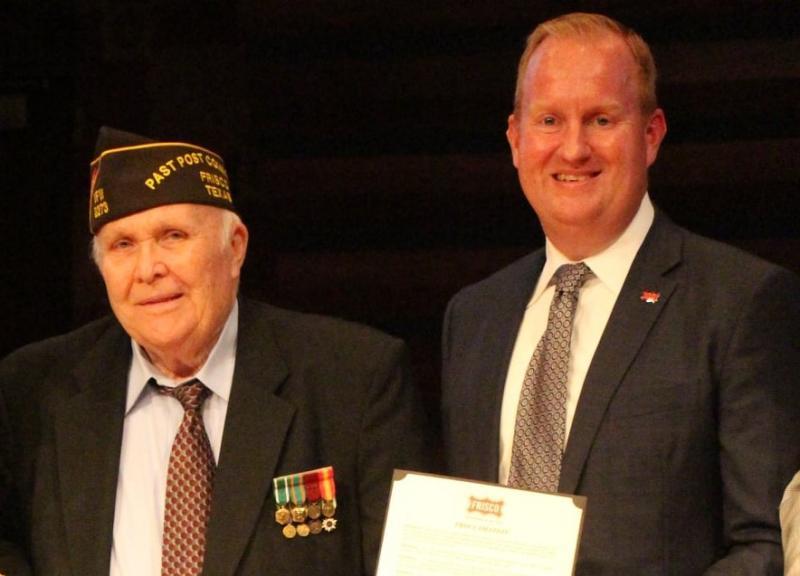 Myrben honorably served in the U.S. Navy as an aviation technician from 1955 to 1977. During that time, he served six tours aboard U.S. naval aircraft carriers, with three of those tours being in direct support of U.S. combat forces during the Vietnam War. After his military service, he worked in the civilian sector for 27 years directing and supporting programs and projects for the U.S. government, military contractors and civilian corporations. He served as president of the San Diego Engineering Society and retired in 2003 as director of National Security Solutions and director of the Coast Guard Program.

Mayor Cheney, on behalf of the City of Frisco and the City Council, honored his exemplary life of service, leadership, generosity and commitment.