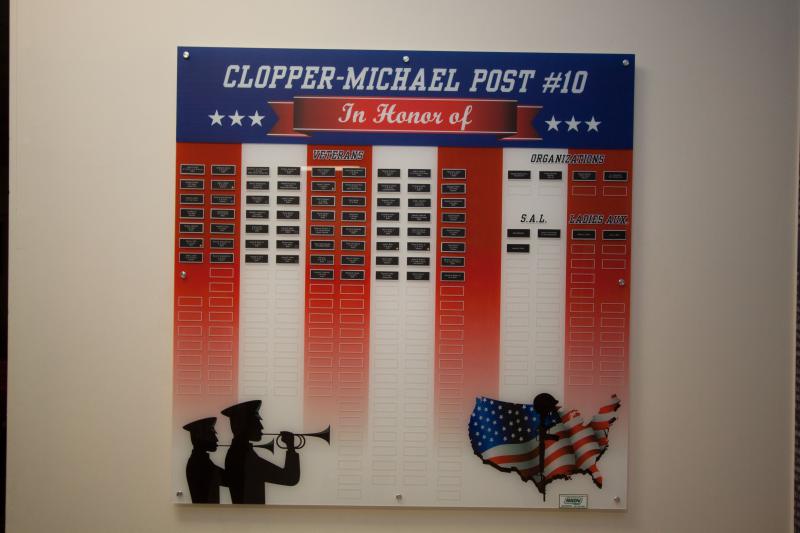 We are proud of this mural, which was recently dedicated during our Flag Day celebration, and would like to share it with our fellow veterans. In addition to the mural we have installed a memorial plaque to recognize and honor individual veterans, Post 10 Sons of the American Legion and Ladies Auxiliary.

The Veteran's Mural (pictured) is a tribute to all veterans and depicts war monuments in and around Washington, D.C. A memorial plaque is also wall mounted.