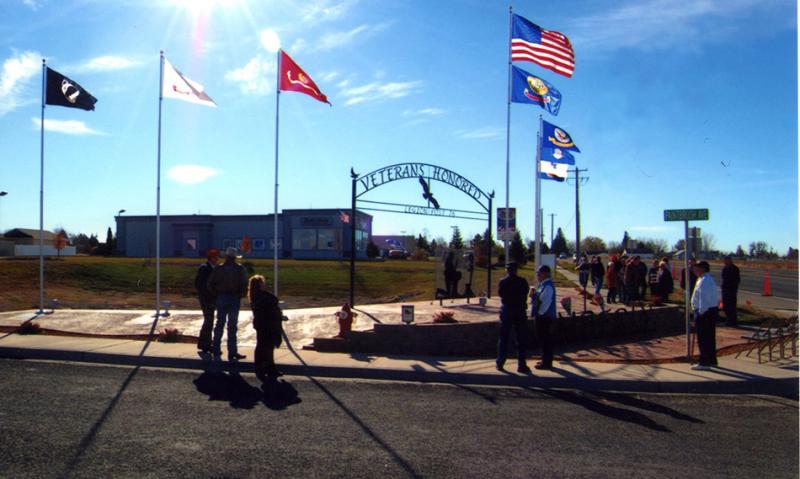 Vietnam veteran Wayne Sayer has traveled Idaho roads back and forth, up and down, and has thought a lot about what small towns can do.

He’s seen thoughtful veterans’ memorials, but in his community, near Kimberly, Idaho, there was nothing. Sayer said he thought of vets such as his father-in-law, who served in World War II, who "next to his family that’s probably the proudest thing he did was serve in the Army."

"I thought, 'Well, there ought to be something done here,'" Sayer said.

So he approached American Legion Post 76 and began laying the groundwork. Post Commander and fellow Vietnam veteran Rich Russell was instantly supportive and instrumental to seeing the project through, Sayer said.

The private land for the memorial was donated by Doug and Theresa Albright, parents of a daughter and son both serving in the military, Sayer said. But the Albrights weren't the only donors who made the memorial possible.

"It’s amazing the amount of public support we had between businesses and people with money (and) labor ... We all but had to turn some down," Sayer said.

The memorial was dedicated in November. It has flags representing the branches of service, a soldier's cross and a steel arch that reads "Veterans Honored," which can be seen from the highway.

"We kept it really simple and not an in-your-face type deal," Sayer said. "As you drive by just kind of say a thank you or a prayer. You don’t have to stop ... but just say thank you."

"Hopefully others will look at it and see you don't have to be a big organization or Legion to do something. ... A small group can do something."