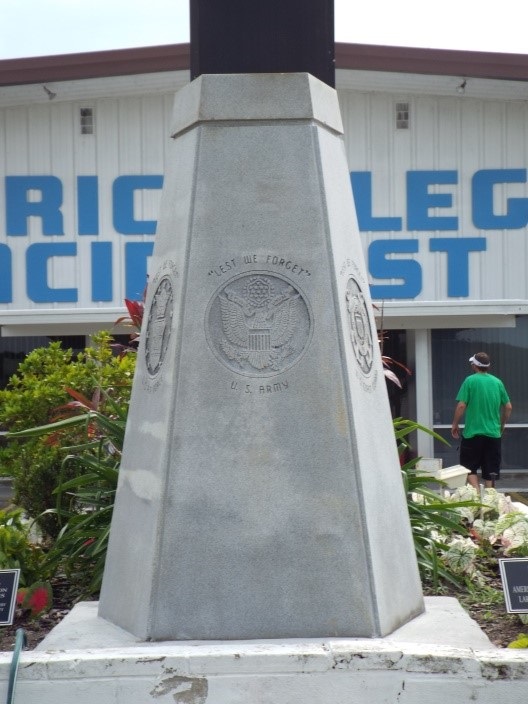 A monument honoring veterans from five branches of service used to stand in Lake Placid, Fla. But when the town recently renovated its downtown, the monument Post 25 had donated back in 1985 no longer was an aesthetic fit. (A flag still stands downtown.)

The monument, made of five 6-foot concrete slabs, each approximately 250 pounds, representing the Army, Navy, Marines, Air Force and Coast Guard, needed a new space. The town offered to give it back to the post.

"We couldn't see it just lay in the weeds and nobody using it," said Robert Moore, former post commander. "As the American Legion -- all servicemembers -- we really wanted to make sure people could see it."

The town transported the slabs on a tractor to the post, where members worked to re-erect the monument and run electricity so it could be lit at night. It sits near a 40-foot flagpole and garden beds.

"We put it up so everybody can see were proud of our veterans, that's important to us," Moore said.

Though it had been part of the town's World War II memorial, the monument itself honors all veterans, Moore said. It was re-dedicated with a flag-raising ceremony in its new location on Aug. 31, 2014.