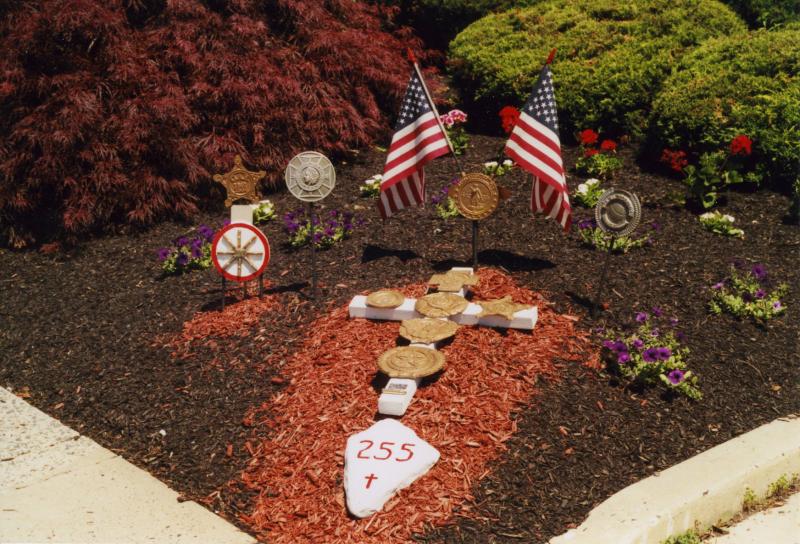 Ernest Guenst thinks up a new small memorial to honor veterans each year at Post 255 in Sellersville, Pa. This year's memorial has a unique element: shells fired over the graves of the fallen.

The simple memorial, with flags, a small white cross and symbols honoring the different branches, sits on a well-trafficked street, right in front of the post's flagpole.

"The people come by and admire it, and you even have people that have lost someone. One of our men that was looking out one day said he was amazed that this woman spent so much time studying all the markers from the different wars. Evidently she had someone ... who had passed on," said Guenst, a veteran of Operation Blue Jay.

This veterans memorial isn't large or expensive. It's the thought that counts, Guenst said.

"It's important that we worry about our veterans that have passed on. It's sort of a sentimental thing, but they never get really honored. When you go into a graveyard and you're putting 300 flags onto a monstrous yard - these people when they died, they never were celebrated ... ," he said. "It's the idea that it affects people in a nice way. They just look at it and think that somebody took the time to present this. It’s nice."