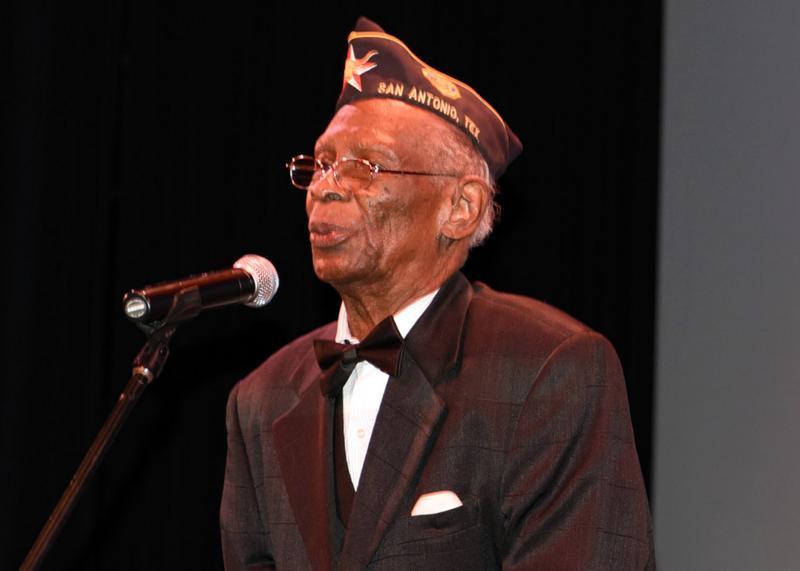 Foster graduated from Wheatley High School and attended Cuney Elementary and Douglas Middle Schools. His early employment included chauffeuring for Judge J.R. Wilson and in 1942, he joined the U.S. Army, serving during World War II. He was discharged from the Army in 1946 at the rank of sergeant (quartermaster). Afterwards, he worked on Fort Sam Houston Army Base, Kelly Air Field and at the Fort Sam Houston Hospital.

Foster was a dedicated member of Mt. Sinai Baptist Church, where he was a deacon and usher until his health declined.
He was a longtime member of Fred Brock American Legion Post 828 located on the city’s east side.

Foster was a Freemason with Star Tom Lodge No. 100 (Prince Hall Affiliated), an honorary past grand high priest with Shiloh Royal Arch Chapter No. 16 (Holy Royal Arch Masons), a sublime prince of the Royal Secret with Lone Star Consistory No. 113, (Ancient & Accepted Scottish Rite), and a life member of Moussa Temple No. 106 (Prince Hall Shriners).
Always dressed to the nines, Foster loved his family and The American Legion.

Prior to his memorial service, Foster remains were brought to Fred Brock American Legion Post 828 as a final farewell to a great Legionnaire.