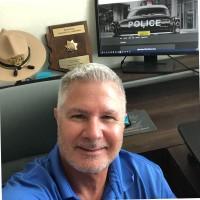 After separating from Army active duty in 1988, I took a four-year hiatus before joining the Army Reserve.

One weekend during drill, a fellow reservist who happened to be a state trooper, approached me and said that he thought I would make a very good police officer and I should apply for a state trooper position with his department. Having worked many different jobs after leaving active duty with no real long-term career options, I decided I would "attempt" the hiring process.

Wanting to conduct a little research prior to embarking on a four-month-long testing process, I learned that on average, 50 potential candidates apply for every police officer position available. For this process, the police department was looking to hire 23 new recruits, so I could estimate that over 1,000 people would be testing to fill those 23 positions.

Not really knowing what I was getting myself into, my reservist/trooper friend was able to provide me with tips and advice on how to prepare for the process.

After the long testing process, I was one of the 23 candidates invited to the Police Academy. While attending the academy, I realized just how similar it was compared to military basic training, and like the military, friendships developed in law enforcement are lifelong relationships as well.

My years of training and experience as an infantryman definitely had an impact during my career as a state trooper. During my 20-year career, I worked as a highway patrol officer, Gang Unit detective, FBI-certified bomb technician, SWAT team member as a breacher, and as a dignitary protection specialist.

One of my most memorable moments happened after I authored two state senate bills that were subsequently signed into law in November 2008, and I was able to take my family to meet the governor while she signed the bills into law.

Upon retiring in 2015, I wanted to do what my reservist friend did for me 20 years prior, but on a much larger scale. So I developed Fiveocareers.com, which lists over 13,200 police agencies nationwide and where I offer free advice and mentoring to separating servicemembers and veterans who are looking for a career in law enforcement.