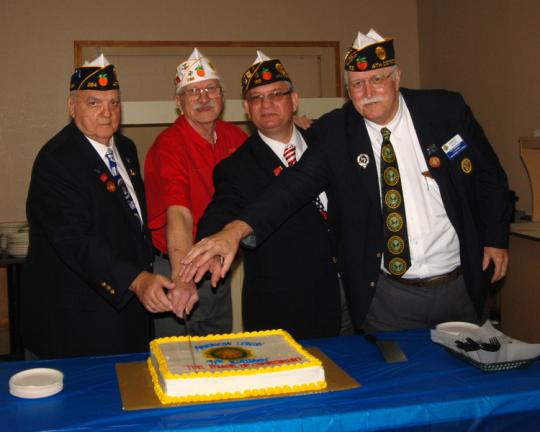 Department of Florida, 4th District Vice Commander Jay Conti Sr. delivered the Ceremony speech for the Birthday, he stated "The American Legion" is the same as it was in 1919. Our organization was established on 4-Pillars and we remain true to those pillars today. One, we take care of our Veterans; Two, We take Care of our Kids; Three Our Americanism Programs just can't be matched and four, we are for a Strong National Defense".

He stated that "Legionnaires don't say "Mission Accomplished", we say "Still Serving." Because that is what The American Legion does. It is who we are. The Spirit of the Legion is much the same as it was in 1919. We serve those who served and we serve America. He closed his speech by thanking his comrades, for what they do for our veterans, for God and for Country".