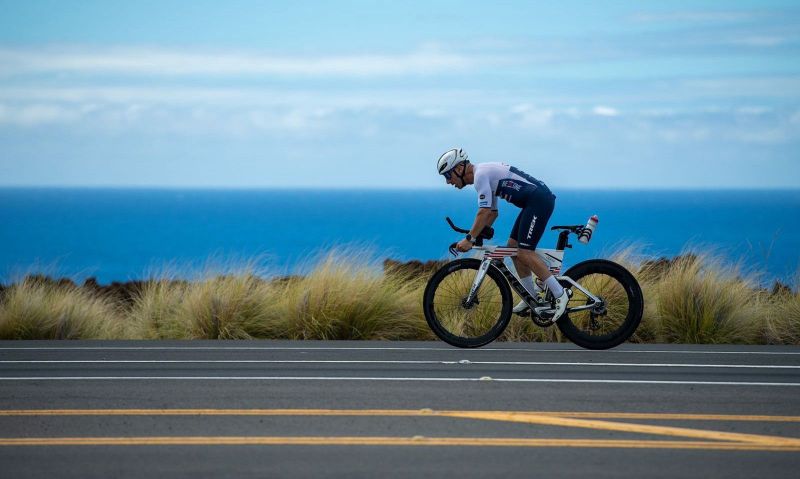 INDYCAR driver Tony Kanaan is trading in his racing gear this weekend for a wetsuit, bike helmet and running shoes.

Kanaan, who drove the No. 1 American Legion / Be the One INDYCAR to a third-place finish in the 2022 Indianapolis 500, will be competing at the Ironman World Championship in Kona, Hawaii. During the race, Kanaan will be promoting The American Legion’s Be the One initiative. He will be sporting American Legion red, white and blue “Be the One” gear as well as riding a specially made tri bike adorned with the logo.

The 140.6-mile triathlon is considered the epitome of the sport, which consists of a 2.4-mile ocean swim, followed by a 112-mile bike ride and a 26.2 run to the finish line. Kanaan has been training for months for the endurance event, balancing it with his commitment to racing cars.

Now, Kanaan is focused not only on Kona but advocating for mental wellness for veterans through the Be the One initiative. In May, Kanaan helped launch the program, which aims to reduce the rate of veteran suicide by lessening the stigma associated with mental health counseling. “It’s such a good cause – ‘Be the One,’” Kanaan said April 20 during a press event at Indianapolis Motor Speedway. “I made the pledge to the veterans to advocate that … if you need help, ask.”

In an exclusive interview earlier this year, Kanaan told The American Legion about how his fitness training also helps his mental wellbeing. He feels everyone can have a similar benefit.

“Just get out and exercise. It doesn’t matter if you are walking, hiking, biking, swimming, running or just moving. It clears your mind,” said Kanaan, who works out for about 25 hours a week. “That’s what drives me. And if you are depressed, it’s even more important. You just can’t sit around.”

Kanaan has not been sitting still. In fact, he’s been training for Kona for months, even before the Indy 500 in May. He did take a step back from triathlon training ahead of the Indy 500 and other races “so as not to interfere with the race” before revving up training once again for the coveted Ironman race.

In 2011, Kanaan completed Kona, which is regarded as the Indy 500 of the Ironman world. Of course, there are vast differences in the two sports.

“The stoke level is completely different,” he explained. “Race car driving is something I know, I dominate and I depend on other people. Even if I do everything right, but the people on my team don’t, we’re not going to win. Kona is all my responsibility. If I fail, it’s because I did something wrong — in my training or my approach to the race, or the race itself. When I first did it, I felt really proud.”

Regardless of his finish in Saturday’s race Kanaan’s training has helped him become a physically fit, mentally well balanced athlete. He hopes he can inspire others to improve their own fitness and wellness, based on their own individual abilities.

“Your mind is always working but your body needs to work to give your mind the energy to work,” he said. “It makes you feel more productive. It allows you to do things and enjoy things once again.

“I hope people get off the couch and ‘Be the One’ to help, and to exercise.”