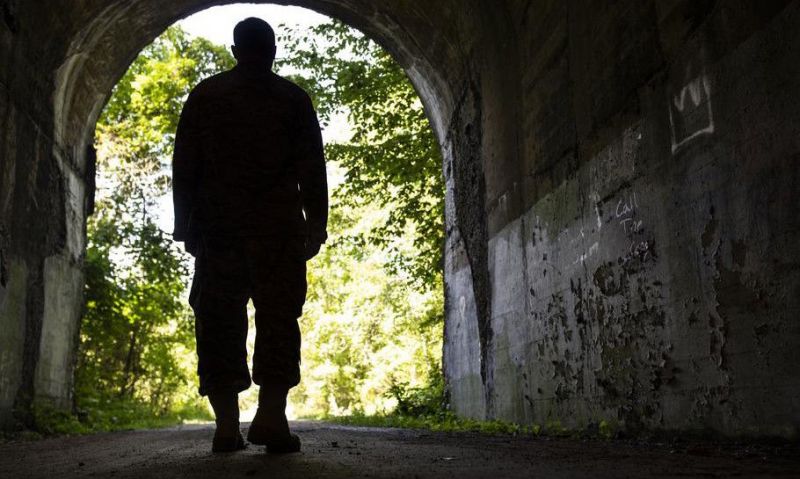 Suicides among active-duty troops in 2021 dropped about 15% compared with the record high recorded the previous year, but defense officials warned the annual Pentagon report released Thursday also showed the military’s suicide rate remained on an upward trend during the last decade.

The Pentagon reported an active-duty suicide rate of about 24 suicide deaths per 100,000 service members last year, down from about 29 self-inflicted deaths per 100,000 troops in 2020. Defense officials said they were cautiously optimistic the slowing annual suicide rate was an indication efforts to address the issue were finally working.

“While we are cautiously encouraged by the drop in these numbers, one year is not enough time to assess real change,” Beth Foster, the executive director of the Pentagon's Force Resiliency Office, told reporters Thursday. “The year-to-year trend provides helpful preliminary insight, but there is still a gradual increasing trend for suicide in the military over a 10-year period, and we need to see a sustained long-term reduction in suicide rates to know if we're really making progress.”

The Defense Department’s fourth annual “Suicide in the Military” report showed 519 service members died by suicide in 2021, down from 582 in 2020. While the active-duty rate dropped, rates for the Reserves and National Guard remained about the same last year as in 2020, according to the report.

While the Army’s 2021 rate did not fall, the service reported an about 30% drop in suicides during the first six months of 2022, according to preliminary data published last month.

The 2021 report comes as the military has spent years grappling with an increasing rate of suicide deaths among its troops amid outcry from members of Congress and others. The Defense Department has spent millions of dollars in recent years on multiple efforts to attempt to understand what causes service members to harm or kill themselves. The department has taken some steps to increase troops’ access to mental health professionals, combat the longstanding stigma that seeking help was a sign of weakness and better train its troops on firearms safety, Foster said.

Among the efforts, the Pentagon was mandated by Congress to create an independent review committee to study the issue. The committee began work in May and is expected to produce a comprehensive report on military suicide by February.

In a statement Thursday, Defense Secretary Lloyd Austin promised to pour as many resources as necessary into suicide prevention efforts.

“Every death by suicide is a tragedy that impacts our people, our military units and our [combat] readiness,” Austin said. “That’s why we remain committed to a comprehensive and integrated approach to suicide prevention. Going forward, we are standing up a dedicated prevention workforce to strengthen our efforts to address suicide and other challenging areas. The scale of this workforce is unprecedented and reflects our commitment to make lasting change.”

That workforce includes the anticipated hiring of some 2,000 new mental health care workers across the Defense Department by next year. Foster said the department hoped to have its “initial cohort” of some 400 of those workers on the job “in the next couple months.”

Firearms were the most common method of suicide, the report concluded. About 67% of suicides among active-duty troops were with a gun. Personally owned guns were used in more than 90% of those firearms deaths as opposed to service-issued firearms, said Liz Clark, the Pentagon’s director of the Defense Suicide Prevention Office. Hanging or asphyxiation was the second most common method of suicide, accounting for about 26% of active-duty deaths in 2021, according to the report.

“It's difficult to isolate it to one particular factor, but we are seeing the rates decrease this year, and I think part of that — and again, we don’t want to get too far ahead because we need to keep seeing a trend to know if we're truly making progress — is that it’s incredibly powerful that [Defense Department] leaders ... have made this a priority,” Foster said. “Mental health is health, and so we must continue to work to break down barriers to help, to address stigma, and build healthy climates and a culture of connection where all our service members can thrive.”

Troops and veterans who want to contact the Veterans/Military Crisis Line can dial 988 then press 1, or text the crisis line at 838255. An option to chat online is available at veteranscrisisline.net.