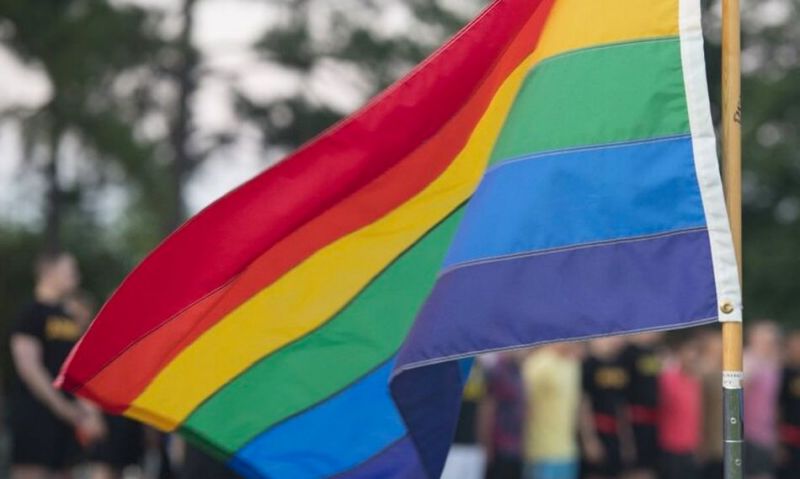 The Department of Veterans Affairs (VA) announced Sept. 20 that veterans forced out of the military with other than honorable discharges under the “Don’t Ask, Don’t Tell” policy will now be eligible for VA benefits.

“Despite serving with extraordinary honor and courage throughout our history, more than 100,000 American servicemembers have been discharged because of their sexual orientation or gender identity — including some 14,000 under Don’t Ask, Don’t Tell,” President Biden said in a statement released on the 10th anniversary of the repeal of the policy.

“I am thankful for all of the LGBTQ+ servicemembers and veterans who strengthen our military and our nation,” the president added. “We must honor their sacrifice by continuing the fight for full equality for LGBTQ+ people.”

“We have more work to do, particularly as it relates to righting old wrongs,” he said. “No veteran should bear a less than honorable discharge based solely on sexual orientation or gender identity.”

The American Legion strongly supports H.R.1596, Commission to Study the Stigmatization, Criminalization, and Ongoing Exclusion and Inequity for LGBTQ Servicemembers and Veterans Act. Led by House Committee on Veterans’ Affairs Chairman Mark Takano, D-Calif., this bill establishes a commission that must identify and compile information about the history of military policy regarding homosexuality from 1778 onward, including LGBTQ+ sexual orientation and gender identity.

The duties of this commission are to hold public hearings, gather public testimony, examine lasting and disparate impacts of the discriminatory policies on the physical and mental well-being of members of the armed forces, and make recommendations on appropriate remedies. Takano and Subcommittee on Oversight and Investigations Chairman Chris Pappas, D-N.H., applauded VA’s new directive ensuring LGBTQ+ veterans can finally access the care and benefits they’ve earned.

“With today’s announcement, VA is sending a clear message that LGBTQ+ veterans’ service matters and that VA acknowledges the long-lasting effects that the draconian Don’t Ask, Don’t Tell policy had,” said Takano.

“It’s welcome news that VA announced a new directive today to start the process of correcting the double standard that has long persisted for LGBTQ+ servicemembers and veterans,” he said. “It’s past time these veterans are afforded the benefits they’ve rightfully earned defending our country.”