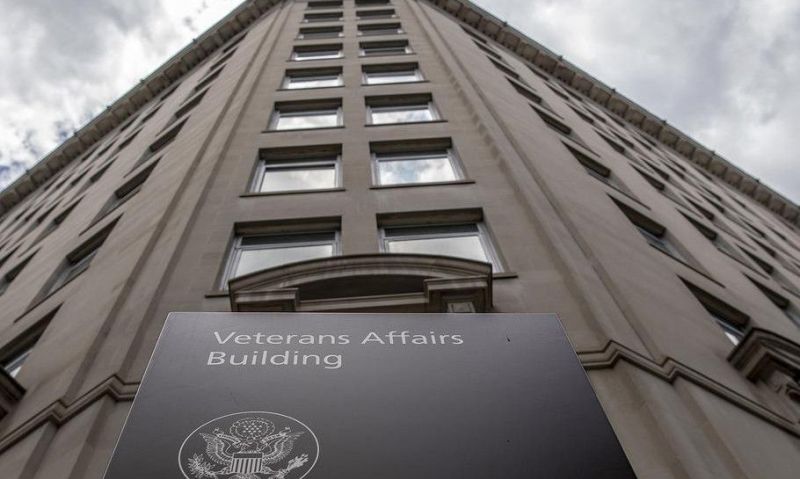 The Department of Veterans Affairs initiated a pilot project in December to automate part of the process for reviewing benefits claims – a change that the agency says has the potential to shorten the time that veterans wait for decisions from 100 days to one or two days.

VA Secretary Denis McDonough announced the project Tuesday, and he described it as an “exciting new effort” that he hopes will “significantly reduce the time it takes to process veterans claims.” The VA created a new team to handle the project called the Office of Automated Benefit Delivery.

The announcement comes as the agency is experiencing a surge in backlogged claims. The VA considers claims as “backlogged” once they’ve been in the system for more than 125 days without being processed. As of Tuesday, there were about 260,000 backlogged claims, up from about 200,000 in October.

So far, the automation has been applied only to veterans’ applications for increased disability ratings for service-connected cases of hypertension. The VA benefits office in Boise, Idaho, is the only office handling the claims so far.

“It’s truly an exciting opportunity,” said Rob Reynolds, the VA’s acting deputy undersecretary for the new Office of Automated Benefit Delivery. “We've only started, but we've showed that the concept of proof is there.”

Under the program, a computer algorithm pulls data from the Veterans Health Administration about veterans, including their military service, claims history and medical treatment. If there’s enough medical evidence already in the system, the automated process will draft a proposed rating decision.

If there’s not enough information to make a decision, the automation will request the veteran undergo a compensation and pension exam. C&P exams are part of the traditional process for deciding benefits claims.

All the information is compiled and sent to a VA employee whose job is to rate benefits claims. Those employees make the final decisions, Reynolds said.

On average, the traditional claims process takes about 100 days. Since the pilot project started Dec. 15, the average time to make a decision on those claims is two days or less, Reynolds said. The process takes about 18 days if it’s necessary for a veteran to get a C&P exam, he said.

“It's truly demonstrating how we can systematically validate information and provide that information to our employees, while they still maintain the full adjudicative discretion,” Reynolds said.

The VA will work to expand the automated process to more types of claims, he said. The next step is to apply the process to claims for conditions that are on the agency’s presumptive list. Those conditions require less evidence to be approved.

Reynolds said his office is considering next applying the automated process to claims for conditions related to veterans’ toxic exposure, which account for many of the new claims being submitted to the VA.

Last year, the VA saw 60,000 claims from “Blue Water” Navy veterans – those who served offshore during the Vietnam War and claimed they were exposed to the chemical herbicide known as Agent Orange. Congress and the VA recently granted them a path to attaining benefits to seek treatment for their illnesses.

Veterans have submitted about 89,000 claims related to a decision made by Congress at the start of 2021 to place bladder cancer, hyperthyroidism and Parkinson’s-like symptoms on the presumptive list for VA benefits. Many veterans claimed they suffered from those conditions as a result of their exposure to Agent Orange during the Vietnam War.

About 25,000 veterans have submitted claims for asthma, rhinitis or sinusitis because of their exposure to toxic burn pits. The VA decided in August to award benefits to Gulf War and post-9/11 veterans suffering from those conditions.

McDonough on Tuesday encouraged veterans to continue submitting claims, despite the backlog.

“Please, please submit your claims,” he said. “I promise you that we will stop at nothing to work through this backlog to get you timely access to benefits.”

McDonough insisted the new automation process would be “the wave that will really break through this backlog.” However, the department is also taking other steps to address the surge.

The VA is hiring a total of 2,094 claims processors, McDonough said. As of Tuesday, 1,078 have been hired, with the rest to be hired by spring. The department is paying its processors overtime with funds from the American Rescue Plan.

The department is also working with the National Archives to scan veterans’ records. Employees of the National Personnel Records Center, which is part of the National Archives, were not permitted to work on site at the start of the coronavirus pandemic. The records aren’t digitized, so workers couldn’t access them remotely. A backlog grew to about 500,000 records requests from veterans who needed their military personnel information to apply for VA health care and benefits.

“They’re making real progress on scanning veteran records to make sure that there are no further delays due to COVID-driven closures of those facilities,” McDonough said.