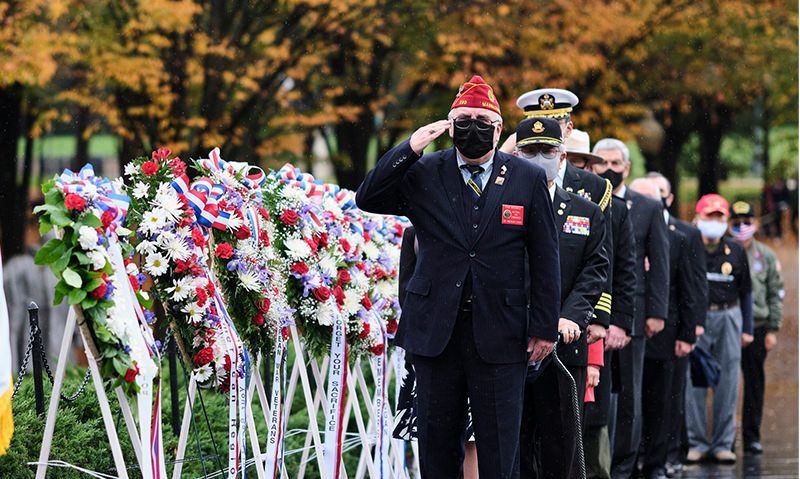 American Legion National Vice Commander Frank MacDonald honored the nation’s veterans on Veterans Day by placing wreaths at the Tomb of the Unknown Soldier at Arlington National Cemetery and at the Korean War Veterans Memorial in Washington, D.C.

“Every veteran – regardless of their branch or time in service – gave up a portion of their lives in service to our great country,” he said. “Ceremonies like those attended today reinforce the thanks of a grateful nation.

“While I celebrate Veterans Day every year with meaningful ceremonies and events around Massachusetts, the opportunity to attend Veterans Day at Arlington National Cemetery with the president of the United States is a once-in-a-lifetime honor. I am extremely privileged to have this honor bestowed upon me.”

President Trump issued a proclamation earlier in the day honoring the nation’s veterans.

"America's veterans have fought to defend our country, its values and its interests since the first days of our founding," he said. "They have defeated tyrants, eliminated terrorists and secured freedom at home and abroad. Their courage and fortitude in the face of adversity serve as an example for all Americans.”