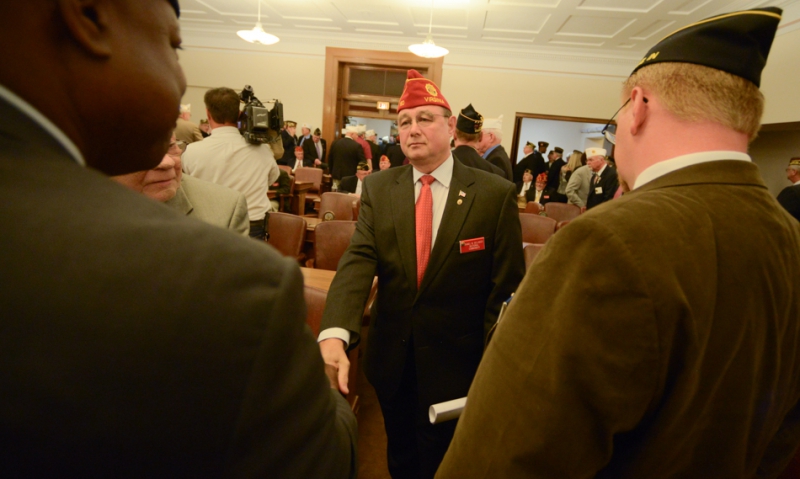 At a May 5 press conference in Indianapolis, American Legion National Commander Daniel M. Dellinger called for the resignation of Department of Veterans Affairs Secretary Eric Shinseki, as well as Robert Petzel and Allison Hickey, VA's under secretaries for health and benefits, respectively. It was a decision the Legion arrived at gradually, after years of support.

What changed the Legion’s mind was the accumulated effect of VA performance breakdowns across the country, coupled by the glaringly obvious failure to hold senior executives accountable for mounting numbers of preventable patient deaths, long-delayed medical care, and other critical management failures. Adding salt to the wound, VA continued to reward incompetent senior executives with bonuses paid for by taxpayer dollars.

Dellinger noted two of the most recent revelations that finally convinced him that top VA leadership in Washington needed to change: allegations that the Phoenix VA medical center kept a secret list of patients waiting months for medical care, which was linked by CNN to preventable deaths of about 40 veterans; and findings by a VA investigation that workers at the VA clinic in Fort Collins, Colo., had been instructed on how to falsify appointment records.

“Patient deaths are tragic, and preventable deaths are unacceptable,” Dellinger told members of the Legion’s National Executive Committee at the press conference. “But the failure to disclose safety information, or worse, to cover up mistakes, is unforgivable – as is fostering a culture of nondisclosure.”

The Phoenix and Fort Collins allegations were preceded by many other failures at VA facilities over the past four years, including:

An audit of the Fayetteville VA Medical Center found its employees did not complete required suicide-prevention follow-ups 90 percent of the time for patients at high risk.

“The American Legion expects when such errors and lapses are discovered, that they are dealt with swiftly and that the responsible parties are held accountable,” Dellinger said. “This has not happened at the Department of Veterans Affairs. There needs to be a change, and that change needs to occur at the top.”