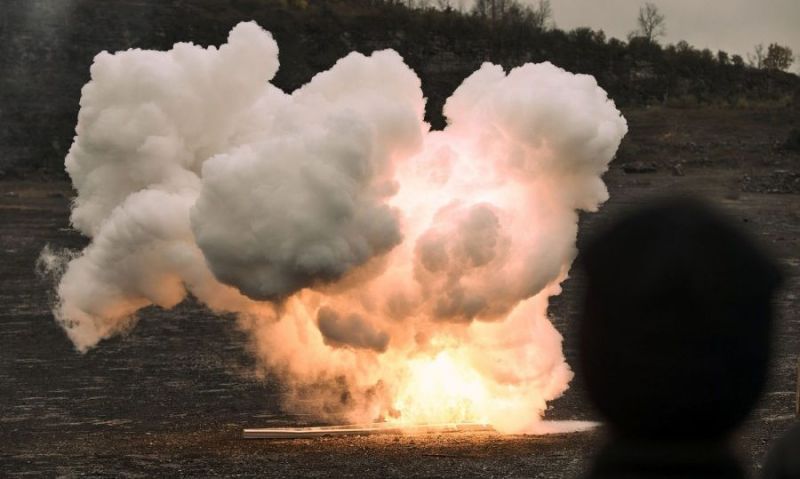 Troops exposed to shockwaves from bomb blasts may be at higher risk for developing Alzheimer’s disease and other neurological issues, even if they haven’t suffered a traumatic brain injury, recent Army-funded research suggests.

Researchers at the University of North Carolina at Pembroke found that even small explosions — ones unlikely to cause concussions or injuries — change the molecular structure of the brain, a study published last week in the journal Brain Pathology found.

“This finding may explain those many blast-exposed individuals returning from war zones with no detectable brain injury, but who still suffer from persistent neurological symptoms, including depression, headaches, irritability and memory problems,” Ben Bahr, professor of molecular biology and biochemistry at UNC-Pembroke, said in an Army statement.

Explosions from roadside bombs, rockets and mortar rounds have affected many deployed troops in Afghanistan, Iraq and elsewhere in the past 20 years. Traumatic brain injuries and concussions from these blasts often lead to problems with sleep and memory, and sometimes to depression that leads to suicide.

Long-term issues can arise from blasts that troops might not recognize as harmful at the time, Bahr said.

“Our interest was focused on the effects of low-level blast waves that soldiers can experience during training and in war zones ... where nearby explosions can cause blast waves that can knock soldiers to their knees but they are able to get back up with no obvious injury to the body or brain,” Bahr said in an email.

To test the impact of explosions on troops, researchers used slices of rat brains, specifically from the hippocampus, which plays an important role in learning and memory.

They placed the brain tissue into a makeshift skull: an aquarium filled with warm water. Seven inches away from the aquarium was a 1.7-gram explosive charge, capable of a “seemingly innocuous level of blast wave intensity,” Bahr said.

The explosion produced a blast wave that pulsed through the air, the tank and then through the water before reaching the brain tissue.

The blast damaged the hippocampus and diminished electrical activity between neurons, said Frederick Gregory, program manager for the Army Research Office, which funded the research.

“You start seeing the development of proteins associated with Alzheimer’s plaque, as well as a loss in proteins you need to maintain your synaptic connections to your neurons,” Gregory said in a phone call. These effects could be seen after only one blast, with further explosions showing cumulative damage, he said.

The research also involved the Development Command Army Research Laboratory and the National Institutes of Health.

Researchers said they plan to look at the effects of blasts on other parts of the brain.

“Early detection of this measurable deterioration could improve diagnoses and treatment of recurring neuropsychiatric impediments, and reduce the risk of developing dementia and Alzheimer’s disease later in life,” Bahr said in the Army statement.