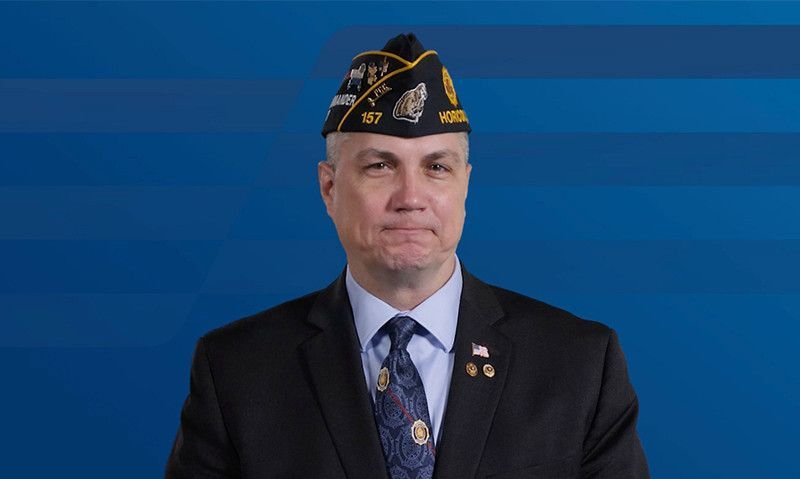 The American Legion’s National Legislative Commission met virtually March 5 for the annual Washington Conference to discuss legislative priorities for the second session of the 117th Congress.

Acting as the voice in the nation’s capital for nearly two million servicemembers and veterans, The American Legion’s legislative priorities reflect the views of its members. During the second session of the 117th Congress, the National Legislative Division will continue to move forward with the agenda set at the start of the congressional session.

Legislative Commission Chairman Daniel Seehafer encouraged Legionnaires to reach out to their members of Congress. Legionnaires can find information on how to contact their representatives through The American Legion’s Hill Visit Toolkit.

“Simply remember the most important meeting a member of Congress will have that relates to The American Legion will be the one they have with you as their constituent,” he said. “This organization is only as powerful as you let us be. The power and voice of this organization, the commission and the division can only come from its members.”

The exposure to noxious fumes and smoke from burn pits that veterans have faced during deployments recently received national attention when President Biden highlighted the issue during the State of the Union address. The president said he was committed to learning all he can about toxic exposures and the impact they have on the nation’s troops. He believes his son, Beau, may have died because of the toxins he was exposed to during deployments to Iraq and Kosovo.

“I don't know for sure if the burn pit that he lived near, that his hooch was near in Iraq and earlier than that, in Kosovo, is the cause of his brain cancer and the diseases of so many other troops, but I am committed to find out everything we can,” Biden said.

The president’s son, a major in the Delaware Army National Guard, died in 2015 at the age of 46 after a battle with brain cancer.

Veterans afflicted with illnesses believed to be caused by exposure to toxic smoke and fumes from burn pits in Iraq and Afghanistan saw a significant win in Congress this week. The Honoring our Promise to Address Comprehensive Toxics Act of 2021 — also known as the Honoring Our PACT Act — was passed by the House of Representatives on March 3. The comprehensive legislation will address the full spectrum of issues affecting toxic-exposed veterans’ access to VA care and benefits, while also reforming VA’s presumptive decision-making process by streamlining access to health-care benefits for those who served in areas of known toxic exposure. If signed into law, the Honoring Our PACT Act could provide health care for potentially as many as 3.5 million veterans exposed to airborne hazards and burn pits.

Suicide prevention remains a top priority for The American Legion. In 2020, The American Legion joined forces with Sens. Joni Ernst, R-Iowa; Doug Jones, D-Ala.; and Maggie Hassan, D-N.H., in a bipartisan effort to pass legislation aimed at combatting veteran suicide. The bill is modeled after The American Legion’s “Buddy Check National Week of Calling” to connect veterans to better ensure that they receive the care they need.

The bill would require the Department of Veterans Affairs (VA) to establish a “Buddy Check Week,” as well as collaborate with veterans service organizations and mental health experts to provide educational opportunities for veterans. This includes a script on how to conduct a buddy check and training on how to transfer a call directed to the Veterans Crisis Line.

This legislation has been passed by the Senate and is currently included in a comprehensive mental health package that has bipartisan and bicameral support.

For more than 100 years, The American Legion has advocated for those who seek a legal path toward naturalization and believes strongly in assisting those who do. Non-citizen immigrants have served in the U.S. military in every conflict since the nation’s inception. Approximately 760,000 have gained American citizenship through military service over the last 100 years. Nearly 24,000 non-citizen immigrants are currently serving in the U.S. military and 5,000 join every year.

This resulted in many veterans being deported because of minor, non-violent or substance related crimes. This could result in a veteran being barred from naturalization for life, despite meeting all other criteria for citizenship. In a statement for the record to the U.S. Senate Judiciary Subcommittee on Immigration, Citizenship and Border Safety, The American Legion called this a “failure of all those involved” if a servicemember who served honorably didn’t attain their citizenship by the end of their time in service.