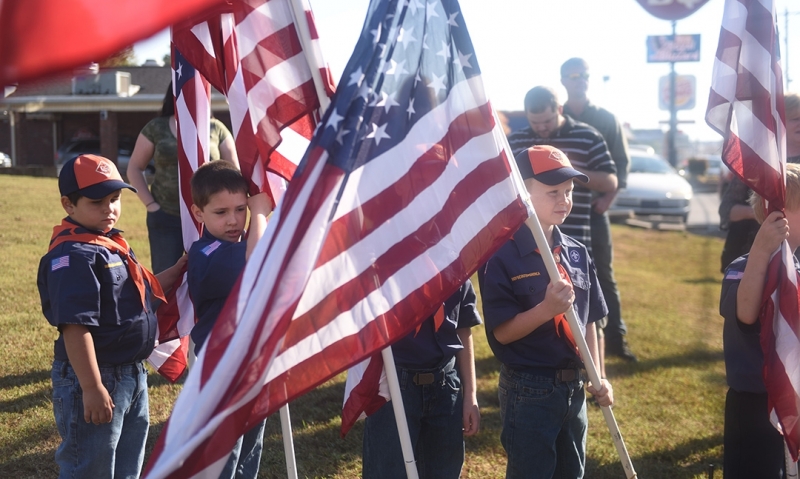 What started out as an American Legion post resolution is now implemented in schools across the state of West Virginia as a required subject – patriotism and Americanism.

“Veterans and wars have been overlooked in our educational system … it’s important that this history not be overlooked,” said Bob Post, commander of Frank B. Bartlett Post 7 in Buckhannon, W.Va. “The goal of doing this was to teach the love of country to our youth. You can’t have patriotism and Americanism without the love of God and country.”

Post 7 wrote the resolution in 2008 requesting that West Virginia legislature pass legislation requiring the West Virginia Board of Education to mandate that a class on patriotism be taught in all West Virginia secondary schools, grades K-12.

The resolution was passed during the Department of West Virginia’s convention in 2010. And starting with the 2013-2014 school year, it was put into effect.

Post said Legion membership didn’t have to go through the state legislature; instead, he met several times with the State Board of Education and the school superintendent at the time “liked what he heard.”

Changes were made to the social studies class throughout the state in all public schools grades K-12 to incorporate patriotism education. What is mandated for teaching depends on the age of the students. Examples include recognition of Veterans Day, Memorial Day, President’s Day, Martin Luther King Jr. Day, Flag Day and Patriot’s Day; reciting of the Pledge of Allegiance; singing patriotic songs; creating art that demonstrates patriotism; participating in community service project and parades; and how to show respect to the U.S. flag.

Just this past school year it was mandated that at some point during grades 9-12, public school students through West Virginia must take the civics potion of the naturalization test used by the U.S. Citizenship and Immigrations Service. The results of the test may be reported in the aggregate to the county Board of Education for evaluation.

“One of the most significant accomplishments of Post 7 was spearheading to get patriotism and Americanism as a required subject in the curriculum of our West Virginia Secondary School System,” Post said. “We hope as an organization that The American Legion Frank B. Bartlett Post 7 helps exemplify what patriotism, Americanism and love of country is all about. Everything we do is for these causes.

“It is our hope that this can spread to other states throughout the country.”