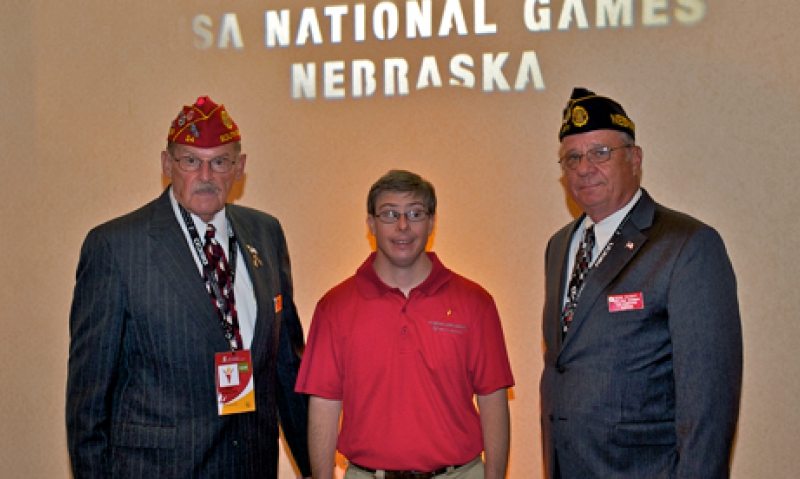 Since 1919, The American Legion has advocated on behalf of the nation's children by promising "A Square Deal for Every Child." Because of this promise, the Legion family has supported the Special Olympics through financial contributions and volunteer efforts, which has resulted in a successful relationship for more than 30 years. The Special Olympics has a presence in nearly 200 countries worldwide, with a mission to empower children and adults with intellectual disabilities to believe in themselves and to become physically fit. For the past few years, the non-profit organization has also focused its mission on changing the negative attitudes and stereotypes toward the intellectually disabled through public awareness efforts - a mission that the Legion adopted as well.

During The American Legion's 88th National Convention in 2007, the term "intellectual disabilities" was adopted and the Legion family was called upon "to alert the public through awareness and education programs designed to change the negative attitudes and prejudices concerning the nation's intellectually disabled children."

It's through educational programs that the Legion urges all posts, districts and departments to enhance the quality of life for children and adults involved in the Special Olympics and to change negative attitudes and prejudices. The Legion family can support the program in whatever capacity they choose, whether that is through fundraisers, donations or community events.

For example, Legionnaires throughout Maryland endure January's cold weather and the Chesapeake Bay's frigid water temperatures when they participate in the Annual Polar Bear Plunge to raise funds for the Maryland Special Olympics. The chilly event takes place at Sandy Point State Park in Annapolis, where participants have to contribute at least $50 in pledges before they can take a dip in the Chesapeake Bay. This year's Polar Bear Plunge raised $2.8 million for the Maryland Special Olympics.

Another example of a Legion department involved with the Special Olympics is the Department of Illinois. Since the 1970s, the department has been hosting the hospitality tent for the Illinois Special Olympics, where Legionnaires volunteer their time and provide donations, whether it be food or money. The large tent originally started as shade for the athletes but quickly turned into a place filled with fruits, vegetables, cookies, chips, popsicles and much more. Volunteers and donations are deeply appreciated each year, as the food requires a lot of attention, from the 121 watermelons to the 1,800 dozen cookies and 1,200 sugarless cookies that are needed.

Now that the 2010 Special Olympics are under way worldwide, Legionnaires can help out with the program by first contacting their department or Legion post to find out how. To view a list of all 55 Legion departments and their Web sites, click here.