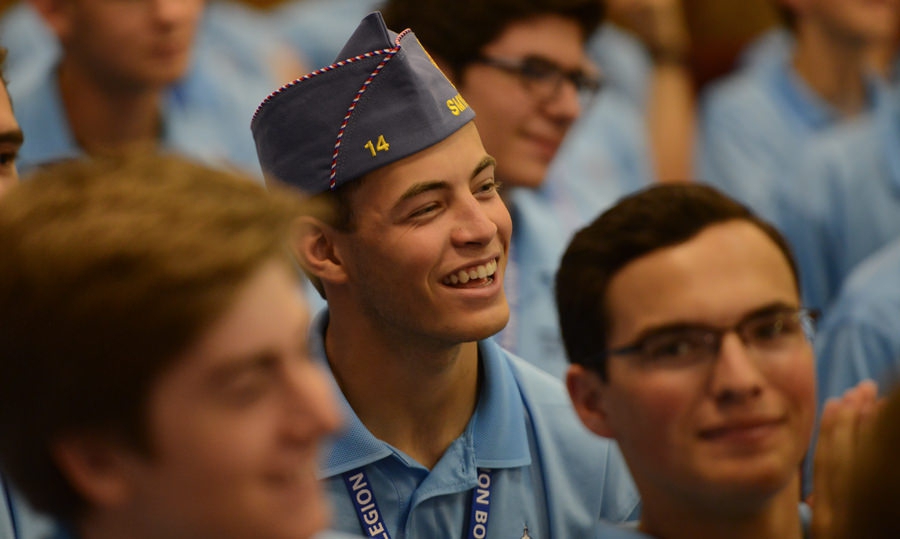 The Sons of The American Legion is a program of The American Legion. Like the Legion, it is a non-profit organization devoted to service to our communities, our youth, upholding the Constitution, preserving the memory of those who have served in our nation's past wars, and fostering Americanism, as well as many other patriotic values and ideals.

Preamble to the Constitution of the Detachment of Idaho

Proud Possessors of a priceless heritage, we male descendants of veterans of the Great Wars, associate ourselves together as "Sons of The American Legion" for the following purposes:

To uphold and defend the Constitution of the United States of America; To maintain law and order; To foster and perpetuate a true spirit of Americanism; To preserve the memories of our former members and association of our members and a forefathers in the Great Wars; To inculcate a sense of individual obligation to the Community, State and Nation; To combat the autocracy of both the classes and the masses; To make right the master of might; To promote peace and goodwill on earth; To safeguard and transmit to posterity the principles of Justice, Freedom and Democracy; To consecrate and sanctify our friendship by our devotion to mutual helpfulness; To adopt in a letter and spirit all of the great principles for which the American Legion stands; To assist in carrying on for God and Country. 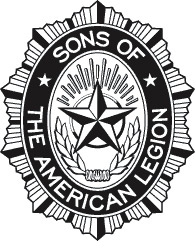 The design of our emblem was taken from the emblem of our parent organization, but is oval in shape so as to be easily distinguished.

The star in the center presents our country, and the five points of the star represent the five-point program of the Sons of American Legion.

The sun in the background represents the Sons of The American Legion and the rays represent the loyalty of its membership.

The blue of the emblem, like the blue of our flag, stands for justice.

The two stars in the blue border stand for freedom and democracy.

The wreath below the star is in memory of our comrades, and those of our fathers who willingly gave lives for their country.

The ten points of the emblem represent the ten ideals of every Legion son.

Patriotism
Turn out for Memorial Day, Independent Day, and Veterans Day parades ceremonies. Learn the proper display of the Flag. Learn the "Pledge of Allegiance."

Health
Write an essay on how to maintain sanitary conditions to promote health in: (1) Your home (2) in the post home (Give examples of sanitation and safety standards in your post home), and (3) in camps and outdoors in general. Explain what you do daily to keep fit.

Knowledge
Maintain a passing mark in school. Know the instructions for the and five points of service. Explain what each individual part means. This may be written or oral. Know what the SAL Emblem stands for. If possible, use an Emblem which comes apart so that the Emblem can put together as it is being explained.

Honor
Honorable service in the squadron over a period of six months shall qualify you this award. Honesty of action and purpose, and truthfulness will help you achieve this.

Faith
Good conduct and willingness to obey instructions over a period of six months will earn the squadron's recognition of your faith in its leadership and ideals.

Helpfulness
Develop reasonably consistent attendance at meetings and other functions. Volunteers for tasks for the good of the squadron and be reliable in carrying out your part. Help promote your squadron by signing up at least one new member, and help collect dues from existing members.

Courtesy
Apply yourself diligently to show you are polite and respectful to your comrades, officers, Legionnaires and others with whom you come in contact.

Reverence
Show where you are a member of some religious organization. Aid in placing markers and flowers on veteran's graves.

Comradeship
Show the tie that binds you to the squadron and the Legion by helping in the annual Poppy Sale, thus aiding disabled veterans. Help cheer some veteran in a hospital or his home.

Our Flag "Old Glory" the symbol of the greatest Nation on earth to me represents sacrifice  and our country's sacrifice of those unnamed thousands who gave their lives inn far away places that we may be free.

The red, white and blue flying high above our National Cemeteries makes me remember the Flag draped coffins that carried the physical remains of our Nation's heroes to their final resting place.

To me those who gave their final measure of devotion are not gone and their spirit live on. It lives in the symbol of the Nation for which they so proudly died and it lives in the Flag of the United States of America.