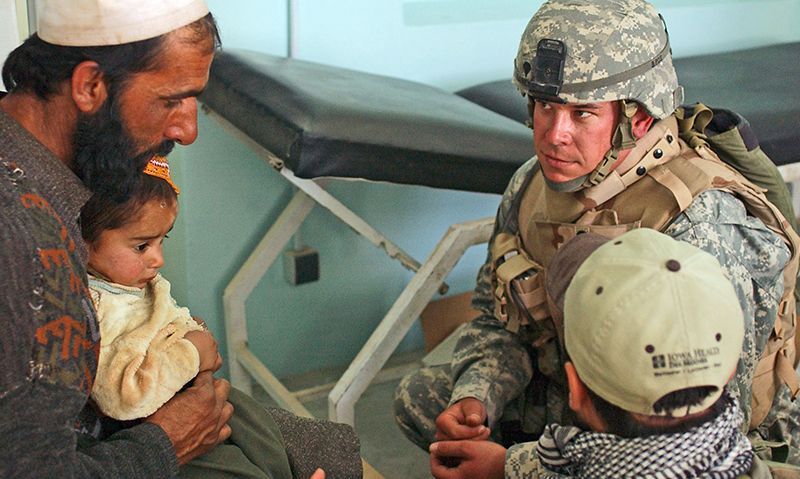 The White House announced on Thursday the United States’ military mission in Afghanistan will conclude on Aug. 31, putting the end to a “forever war” in sight. However, that does not go far enough to protect  the 18,000 Afghan interpreters who are still waiting for approval of their Special Immigrants Visas — a promise the U.S. made to them in return for their service.

Earlier, the White House said they would house the interpreters and others in a third country pending their visa approval. The American Legion does not believe this action will ensure the safety of all the Afghanistan allies, due to the number and time remaining before the pullout.

There is a precedent of such a mass evacuation that the U.S. could emulate in this scenario.

In 1975, the United States evacuated about 130,000 Vietnamese refugees after the fall of Saigon. Most refugees were held temporarily in Guam before going to the U.S. as their visas were processed. More recently, in 1996, the U.S. evacuated thousands of Kurds at the end of the Iraqi Kurdish Civil War, with a stopover in Guam.

Calling the Taliban “the enemy of all human rights,” and welcoming an end to U.S. involvement in 20 years of conflict in Afghanistan, Oxford said the withdrawal must be conducted in an honorable and orderly manner and that the current pace of withdrawal is falling short on these counts.

“Abandonment of those who assisted us is literally an issue of life or death,” Oxford said. “Any veteran who has worked with Afghan interpreters will tell you how valuable these brave heroes were to our mission there.”

Their service alongside American forces has made them — along with their families — targets for retribution by the Taliban as the militant group gains ground across Afghanistan.

“It is a moral imperative that we offer them immediate and safe passage away from the enemy and to the United States,” Oxford added. “If we abandon such friends, how could we expect any assistance by potential allies in future missions?”