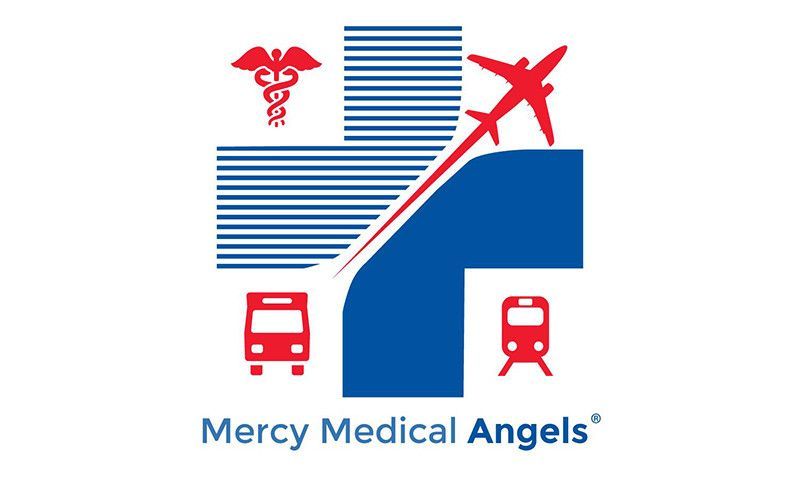 Mercy Medical Angels of Virginia Beach, Va., was founded in 1972 by four men who provided free transportation by airplane to patients for their medical care needs. The organization has since expanded to provide commercial flights, bus and train tickets, gas cards, private pilot flights and transportation for veterans.

“During this last fiscal year of July 2021 through June 2022, Mercy Medical Angels provided a record number of 35,426 free trips on the ground with gas cards, bus and train tickets, and in the air with flights by volunteer pilots and commercial airlines. This is a 28 percent increase over the previous year and demonstrates that the need for assistance continues to increase,” said Gabriella Kubinyi, veteran outreach specialist for Mercy Medical Angels, to members of The American Legion Americanism Commission on Aug. 27 during the organization’s 103rd National Convention in Milwaukee. “We are able to do this work because of generous organizations like The American Legion and the (American Legion) Child Welfare Foundation.”

Mercy Medical Angels applied for and received a $25,000 American Legion CWF grant last fall to assist low-income children and families who need specialized medical care outside of their communities, or who are required to make multiple trips per week for local treatment. Kubinyi shared that with 11 million children in America living in reduced circumstances, “Mercy Medical Angels is led by the guiding principle that access to the best healthcare is a necessary part of an equitably functioning society. The organization looks to provide these charitable transportation services to as many financially in-need children and families as possible through its programs and strives to administer compassionate care for those requesting assistance. Without help (from outside organizations), these children may have no other access to healthcare facilities that offer evaluation, diagnosis and/or treatment of life-threatening conditions.”

Kubinyi said that the Child Welfare Foundation grant allowed Mercy Medical Angels to provide 7,235 free trips for children and a caregiver – 5,154 of the trips were for cancer treatment and 494 were for the child of a veteran. “These trips ended with a public benefit in the amount of $858,494.”

The grant also allowed Mercy Medical Angels to promote free transportation assistance for children and a caregiver on its social media pages using boosted posts and ads. The ads were viewed 356,149 times, displayed 707,046 times on screens across the country and received 6,931 clicks.

“Thanks to the funding from the American Legion Child Welfare Foundation, a significant increase in the number of people who now know about our services and can direct those who are in need of transportation for medical care will now be informed about how we can help, and you all made that possible!”

Before closing, Kubinyi shared a story of World War II veteran and Legionnaire John Billings of Virignia who flew 462 flights in his time as a volunteer with Mercy Medical Angels.

Mercy Medical Angels has a program called Angel Flight Mid-Atlantic that is comprised of volunteer pilots who fly patients to the care they need. The volunteer pilots provide their planes, time and money. Billings completed his final flight as a volunteer pilot for Angel Flight Mid-Atlantic at the age of 98 years old. A few months later on March 4, 2022, he died. “His last flight was taking a veteran to get care for his post-traumatic stress,” Kubinyi said. “While John Billings’ service is impressive, it’s not unique. He is like millions of veterans who gave of themselves to make our world a better place.”

Billings deployed to Italy in August 1944. He completed 14 combat missions flying the B-24 before being assigned to the 885th Heavy Special Bombardment Squadron. “This was no regular bombing unit,” Kubinyi said. “They specialized in top secret, low altitude missions at night in support of the office of strategic services (OSS) and the special operations executive (SOE), both precursors to the Central Intelligence Agency. Their missions included parachuting OSS an SOE agents and supplies behind enemy lines. He completed 39 missions during the war. You all may even be aware of one of the missions he was involved in – Operation Greenup. It was the inspiration for Quentin Tarantino's film ‘Inglourious Basterds.’”

Billings earned the Distinguished Flying Cross and was awarded the Congressional Gold Medal for his critical role in OSS missions.

“Millions of veterans have been called to continue their service after active duty,” Kubinyi said looking out to the hundreds of veterans in the room. “There is one amazing tie that binds those who serve in the military – a commitment to service, and not service to oneself, but service to our country and our communities. It’s this commitment to service that you all are a part of with your service here at The American Legion.”