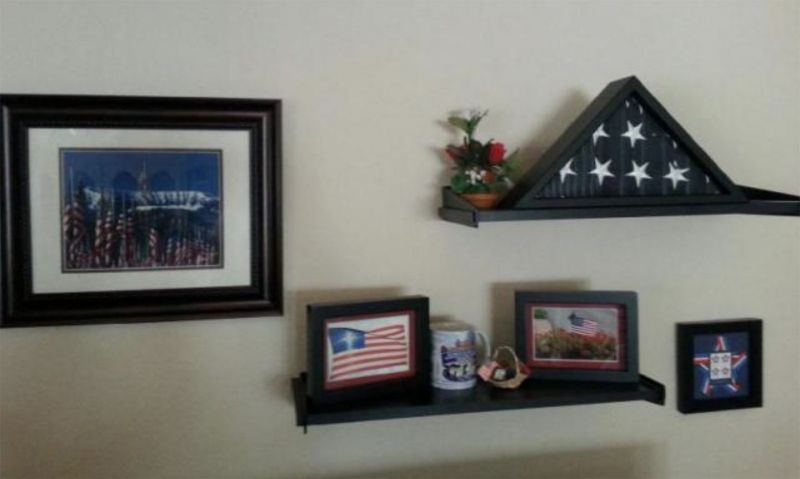 From first grade through high school, Dorothy Harris stood with her right hand over her heart and recited the Pledge of Allegiance. When she joined the U.S. Air Force in January of 1951, she stood at attention to proudly salute the flag.

A dual member of The American Legion and American Legion Auxiliary in Grapevine, Texas, Harris continues to proudly place her hand over heart to recite the pledge during Legion Family meetings.

In 2019, Harris became a member of the Captain Molly Corbin Chapter National Society Daughters of the American Revolution (DAR). After being sworn in, she was presented with a U.S. flag that flew over the DAR Constitution Hall in Washington, D.C., in her honor on Veterans Day 2019.

“It was an honor this 89-year-old Korean veteran never expected but will never forget,” Harris said. “Although my salute is a little shaky today, it is and always will be done with pride and respect.”

Harris shared her flag story on Legiontown.org for The American Legion’s Rally Around the Flag initiative. The American Legion would like to hear from you about your flag moment. Share your story with a photo at Legiontown.org under the heading “Rally Around the Flag.” Or share on your social media channels and use the hashtag #rallyaroundtheflag.