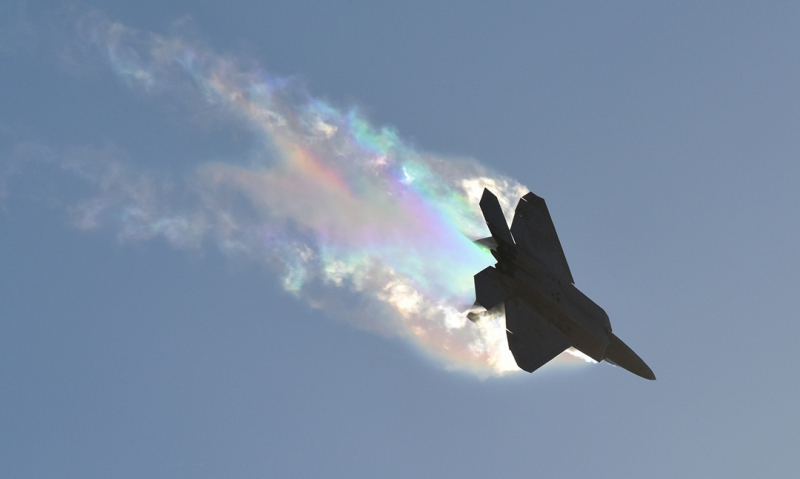 The U.S. military’s once-unrivaled technology edge is disappearing. The warning signs are everywhere.

From the military: Before leaving his post as Air Force chief of staff last year, Gen. Mark Welsh reported that China will soon field an air force “at least as big – if not bigger – than our air force” and that China is matching quantity with next-generation quality. China is developing and deploying “a number of new aircraft ... completely new variants,” Welsh noted. “We are not keeping up with that kind of technology development.”

From policymakers: “Our technological superiority is slipping,” warns Deputy Secretary of Defense Robert Work, who has served under both President Barack Obama and President Donald Trump. “We see it every day.”

From our adversaries: Russia’s new electronic warfare capabilities can jam, scramble and blind U.S. assets. China’s cyber-siege of the United States is decimating industry, holding hostage the U.S. government and weakening U.S. defenses. Both Russia and China are catching up with the United States in stealth capabilities, networked warfare, power projection and precision missilery.

And from the frontlines, where U.S. soldiers, sailors, airmen and Marines are being forced to make the most of aging equipment: The Navy has been ordered to stretch the build time of new aircraft carriers from five to seven years. Short on ships, Marines are hitching a ride on allied vessels.

The Lexington Institute’s Loren Thompson warns, “To say the Army isn’t ready for what lies ahead is an understatement: if it got in a fight with Russian troops in Ukraine, Poland or the Baltic states, the Army could quickly see all of its key targeting and communications systems shut down by enemy jammers.”

The Lexington Institute adds, “When the Cold War ended, the Defense Department terminated production of the B-2 and ceased development of new bombers for the first time since the 1920s.” Thanks to this bomber-building holiday, America’s bomber force comprises just 76 B-52s (the “newest” of which was built in 1961), 63 B-1s (brought into service in 1986) and 20 B-2s (the first rolled off assembly lines in 1988). Initial operational capability of the yet-to-be-built B-21 Long Range Strike Bomber will not come until 2025.

Why is this happening? It’s not because the United States suddenly became less technologically capable than China and Russia. The reason the military-technology gap is closing is threefold.

First, since Sept. 11, 2001, the U.S. military has been focused on dismantling terrorist networks and clearing the spawning grounds of terrorism – and understandably so. But this has expended resources that otherwise would have been allocated toward new technologies and new weapons systems.

China and Russia have not been standing still. Instead, they “have gone to school on us,” in Work’s words, and invested their resources into fielding 21st-century militaries.

All the while, U.S. defense spending has been falling. The U.S defense budget – in a time of war and growing international instability – has fallen 15 percent since 2010. The U.S. defense budget has shrunk from 4.6 percent of GDP in 2009, to around 3 percent of GDP today. Looked at another way, national security spending made up 20.1 percent of the federal budget in 2010, but in 2015 it was 15.9 percent, as Politifact details.

There would be nothing wrong or worrisome about these numbers if peace were breaking out around the world. But with ISIS and al-Qaida waging war and sowing terror, with China building up its arsenal and claiming the territories of its neighbors, with Russia annexing Crimea and projecting military power into the Middle East, with Iran testing missiles and North Korea detonating nukes, we know the very opposite is true.

Even before the bipartisan gamble known as sequestration began to take its toll, then-Joint Chiefs Chairman Adm. Mike Mullen warned in 2011, “I think the likelihood that if you make a decision which ends a certain part of our industrial base, it doesn’t come back ... People go away, skills go away.”

Take, as an example, the plight of the F-22 Raptor, the most sophisticated warplane in America’s arsenal. The F-22 is so advanced that Air Force planners say it takes eight of the newer F-35s to do what two F-22s can do. The Pentagon’s original goal was 749 Raptors, but scaled that back to 381 aircraft, before shutting down the F-22 program at just 187 aircraft in 2009.

Congress now wants the Air Force to explore restarting the F-22 assembly line and building 194 more Raptors. As Defense News reports, congressional officials cite “growing threats to U.S. air superiority as a result of adversaries closing the technology gap.” However, building just 75 more Raptors would cost $17 billion, owing largely to the fact that the personnel, tooling and facilities needed to resurrect the Raptor are gone.

For numerous reasons – cost, efficiency, the trend toward outsourcing – today’s defense industrial base “relies on supply chains that are increasingly complex and globalized,” retired Army Gen. John Adams explains. “Too often, these supply chains create vulnerabilities and are subject to manipulation by strategic competitors.” As an example, he notes that the United States relies on a Chinese company to manufacture a key chemical used in the propellant for Hellfire missiles.

In fact, Reuters reports that the Pentagon “repeatedly waived laws banning Chinese-built components on U.S. weapons in order to keep the $392-billion Lockheed Martin Corp F-35 fighter program on track in 2012 and 2013.”

Reviving the defense industrial base isn’t primarily about saving U.S. jobs or even protecting U.S. military assets from foreign mischief – important as those priorities are. Ultimately, it’s about winning or losing wars. The Center for Strategic and Budgetary Assessments concludes, “The United States’ ability to mobilize key parts of its own defense industrial base, particularly those concerned with volume production of long-range precision-guided munitions, will likely be a critical factor in its success or failure in the conflict.”

Even so, all the news on the military-technology front is not bad.

America’s unmanned systems, missile defenses and cyberwar capabilities are on the cutting edge. For instance, Ralph Langner, an expert in industrial computer systems, has likened the Stuxnet computer worm, which the United States deployed to target Iran’s nuclear program, to “the arrival of an F-35 into a World War I battlefield.”

The Navy is fine-tuning an otherworldly electromagnetic rail gun that can hit targets 100 miles downrange at speeds exceeding 5,000 mph.

Air Force leaders predict laser weapons will be grafted onto AC-130s, MQ-1 drones, F-22s and F-35s by 2020, Military Times reports. “This is a reality,” Gen. Herbert “Hawk” Carlisle, commander of Air Combat Command, says. The technology is coming “very soon,” according to Carlisle, who predicts the addition of laser weapons will “change the game.”

The Air Force plans to turn old B-52s into unmanned “arsenal planes” that, when networked with new F-22s, F-35s and B-21s, will serve as “airborne magazines,” thus greatly expanding the striking power of smaller airframes.

The Pentagon is testing “micro-drones that can be launched from the flare dispensers of moving F-16s and F/A-18 fighter jets,” The Washington Post reports. Once dispersed, the micro-drones can attack independent targets, swarm a target or even lie in wait for a target.

U.S. industry is developing the Prompt Global Strike missile system capable of delivering a hypersonic kill vehicle “anywhere on Earth in as little as an hour,” the Congressional Research Service reports.

Perhaps Washington is ready to make the investments necessary to develop and deploy these and other next-generation military technologies, in order to defend America deep into the 21st century.

For example, there is bipartisan support in Congress to end sequestration. Noting that “it takes 22 years on average to field a major new weapons system,” the president pledges to build a military that can “deter, avoid and prevent conflict through our unquestioned military strength” and wants to make the United States “the world’s dominant technological powerhouse of the 21st century.”

It’s well known that President George Washington advocated military preparedness to deter America’s enemies and preserve America’s independence. “There is nothing so likely to produce peace,” he counseled, “as to be well prepared to meet an enemy.”

Less well known is something Washington said about maintaining a strong defense industry: “A free people ought not only to be armed, but disciplined,” he declared. “Their safety and interest require that they should promote such manufactories as tend to render them independent on others for essential, particularly for military, supplies.”