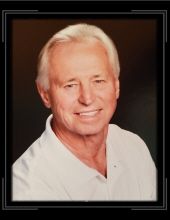 Philip ‘Butch’ Kersten, 76, of Wittenberg, died peacefully on Monday, June 15, 2020, after a long, courageous battle with cancer. Butch’s last days were spent at Ascension Hospital where he was treated with dignity from each and every person. He was surrounded by his loved ones. His passing was as quiet as the man he was. The room was filled with love.
Butch was born on June 9, 1944, in Wittenberg, the son of Roy and Eleanor (Watland) Kersten.
Butch attended Wittenberg High School. After graduation, he proudly served in the United States Army. Upon his discharge from the Army, Butch returned home and with his older brother, Richard, purchased the sawmill from his father and uncle. It began as a three-man operation. After a fire, they moved their operation to Birnamwood, where it is still in operation today. Butch has been with Kersten Lumber Co. for 55 years. His employees were very important to him. His goal in life was to keep them all working, even in hard times. He NEVER retired. He partnered with Woodstock Flooring and Design where his son, Phil, is total manager.
On Aug. 30, 1966, Butch was united in marriage to Margaret Anne Hampton in Omaha, Neb. Their love was never-ending. Together they raised two loving sons, Philip Wade and Kevin Lee. He had four grandchildren, Garret, Maxwell, Drayden and Kiya. He was very proud of them. His eyes lit up on just seeing them.
He was also an avid Green Bay Packers fan. He loved his home and gardens. Together with Marge, they were always making improvements.
Another thing he took pride in was his godchildren, Tiffany Kersten, Heidi (Hanson) Cash, Jill (Vaughn) Ragsdale, Shelley (Goldie) Bourgoin and Christopher Scarpino. He loved each and every one. He was always there for them if needed.
Butch was involved with many lumber associations and organizations, including the Wittenberg Lions Club (Holding many offices) and Bloecher-Johnson American Legion Post 502, Wittenberg, where he was a member for 51 years.
The thing he loved the most was being a member of St. Paul Lutheran Church, Wittenberg, from baptism to his death. He held many offices and was currently the vice president. He loved his church family.
Butch was a quiet, gentle, caring and loving man. His heart was big. He was hardworking and wanted to lead by example. He knew the Lord was always with him. His pets were his buddies and his beloved Savannah is missing him as much as everyone else.
Traveling with his wife, family and friends was something he always looked forward to. His traveling group became his close friends: Lenny & Ceal Allgeyer, Wanda & Dean Gennet, Carolyn & Buster Domke and Paul & Lori Beyers ... FRIENDS FOREVER. He will be watching over all of us. Also his good friend Jerry Lang, who visited him each day in the hospital. Butch enjoyed each visit. Sometimes not even talking, but his presence was there.
Butch is survived by his loving wife, Marge; his sons, Philip (Chanda) Kersten and Kevin (Bethany) Kersten; his grandchildren, Garret, Maxwell, Drayden and Kiya; his sisters, Nancy Scarpino and Juddie Payne; his brothers, Roy (Michelle) Crick and Howard (Doris) Crick; sisters-in-law, Patricia Kersten and Barbara (Michael) Sexton; brother-in-law, Rod (Chris) Hampton; many nieces and nephews, great-nieces and nephews and cousins.
Butch was preceded in death by his parents, Roy Kersten, Eleanor Kersten and Gladys Kersten; his brother, Richard Lee Kersten; sister, Maudell Hanson; his brother-in-law, Louis Scarpino and his mother and father-in-law, Wilburn and Margaret Hampton.
Schmidt & Schulta Funeral Home of Wittenberg is assisting the family with arrangements. Memories and messages of support may be shared at SchmidtSchulta.com.
Rest in Peace My Love, and know you did well. You will always be loved by many.