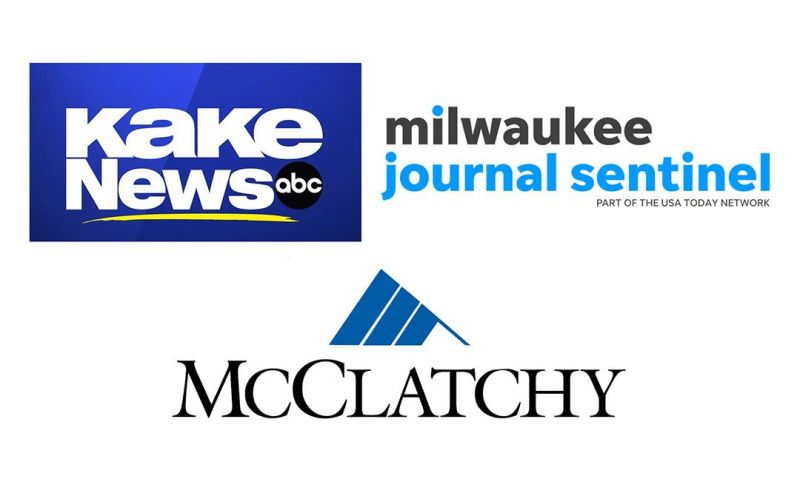 A Kansas television station, the Washington, D.C. bureau of a national newspaper chain and the website for a major metropolitan newspaper will receive American Legion Fourth Estate Awards during the legislative conference of the nation’s largest veterans organization on March 2, 2021.

The Fourth Estate Award has been presented annually by The American Legion since 1958 for outstanding achievement and impact in the field of journalism. Nominations in 2020 were considered in three categories: broadcast, print and new media (Internet) based on entries produced in 2019. The winning entries were selected by the organization’s Media & Communications Commission chairman and The American Legion national commander after being nominated by a panel of judges.

Taking top honor in the broadcast category is Wichita, Kansas, ABC-affiliate KAKE. In a daily series titled “Missing in Kansas,” reporter Annette Lawless digs into unsolved cold cases in an attempt to find more than 400 people who have gone missing in Kansas over many years. She provided a needed platform for the families and friends of the missing.

“National organizations, police, advocates and celebrities continue to support our work,” Lawless wrote in her entry submission. “We’ve had a lot of success, but I’m continuing to push ahead to the future with bigger storytelling concepts on air and online.”

McClatchy earned a Fourth Estate Award for print. The news organization is being recognized for its five-part series “Stricken: Veterans want answers as new data shows rise in cancers over two decades of war.”

“McClatchy’s exclusive “Stricken” investigation is the first time a media organization has processed nearly two decades of raw cancer treatment data, obtained through FOIAs from the Department of Veterans Affairs, to report the numbers behind what veterans are experiencing firsthand – that after two decades of war, cancers in their community are on the rise,” wrote Tabassum Zakaria, managing editor of McClatchy’s Washington, D.C. bureau.

The Milwaukee Journal Sentinel, which earned two previous Fourth Estate Awards, is being recognized in the new media category for its online series “Turned Away.” The series examined the controversial practice of diverting ambulances heading to nearby hospitals to more distant locations. The practice led to delayed care. The Milwaukee Journal Sentinel identified 21 cases nationally where people died after their ambulances had been diverted.

“The response to our “Turned Away” investigation has been strong and emotional,” reporter John Diedrich wrote to The American Legion. “Officials are considering changes in Illinois, in Wisconsin and on the federal level. Readers were outraged.”

“The American Legion is pleased to recognize these outstanding journalists,” American Legion National Commander James W. “Bill” Oxford said. “The COVID-19 pandemic has unfortunately caused us to postpone our normal award presentation. However, I will be honored to present each of these deserving recipients with our highest recognition of journalistic accomplishment during our legislative conference in Washington, D.C. next March. They are all credits to their profession.”

Previous winners of the award include CNN, CBS, USA Today, ABC News, C-SPAN, the Pittsburgh Tribune-Review and Life Magazine, among others.