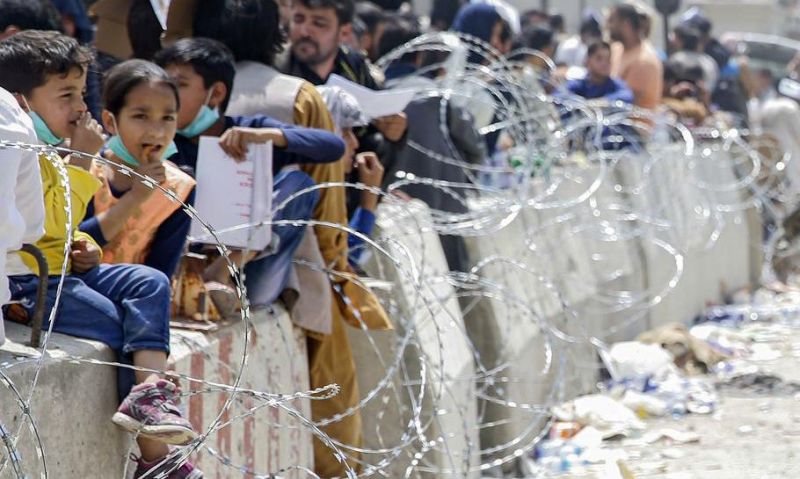 The chaotic evacuation of Afghans following the Taliban’s victory and U.S. military withdrawal took an unseen toll on the volunteers who tried to help from afar, therapists and mental health organizations said.

Many volunteers were veterans or service members who teamed up to guide Afghan allies past Taliban checkpoints and dangerous crowds in hopes of getting them on planes at Kabul’s international airport. A sizeable number of these efforts failed, however, and thousands of Afghan allies remain in the country.

The Headstrong Project partnered with two groups during the evacuation, the Truman Project and Allied Airlift.

“Both groups realized that their members were under a great deal of stress and they didn’t know how to deal with the growing guilt and the loss they felt with not getting everyone out,” McDonough said.

The Headstrong Project saw a 66% increase in requests for therapy during the last week of the evacuation in August, mostly from volunteers, according to data from the group. And the Veterans Crisis Line has seen almost 5% more calls, 66% more texts and 31% more web chats in the five weeks since Kabul fell, compared with the same time last year, according to the Department of Veterans Affairs.

While most volunteers were thousands of miles away, the impact of the evacuation on their mental health should not be discounted, said Amy Williams, the chief clinical officer at Headstrong.

Many volunteers have personal ties to the people they were trying to help. Veterans who had unresolved trauma from their time at war thought evacuating people would “make things right,” Williams said.

Marine veteran Chris Jones communicates with people trying to leave Afghanistan in August 2021, after the Taliban secured Kabul. The rushed evacuation took a psychological toll on many who tried to help their Afghan allies, veterans and mental health groups said. (Alex Flynn)Many believed that if they stepped away from their phones, they might miss an opportunity to help a family escape the country, Williams said. Thoughts of rest or watching a movie with family fell by the wayside.

“I’ve had a lot of folks thinking, ‘Maybe I could have done more. Maybe if I had done this, maybe they could have gotten out,’” said Blake Schroedter, a veteran and a clinical psychologist for the Road Home Program, which also partnered with Allied Airlift.

The task of guiding Afghan families often proved a heavy burden for the volunteers, who believed that the families they were helping were at risk from the Taliban if they didn’t escape.

Bridget Altenburg of Allied Airlift feared that she had sent a family to their deaths during the evacuation.

The Army veteran said she directed a group to Abbey Gate, an entry point to Kabul’s international airport. Hours later, she learned that a suicide bomber at the gate had killed 13 U.S. troops and more than 169 Afghans.

Luckily, 12 hours later, she heard from the family that they were safe. Altenburg said many others in the organization had experienced the same panic and guilt that she did during that period of uncertainty.

Volunteers shared their feelings of guilt and anger with her but were afraid or unable to talk to others about how they felt, Falk said.

They told her that they don’t think they can complain when others have worse situations, she said. Or they said they didn’t think others would understand what they had gone through.

Some volunteers, though, said they did not feel any adverse effects from their unsuccessful efforts to help Afghans. On the contrary, they said they feel better for having tried.

“I have found this process to actually help bring some closure and try to make something good out of this awful situation,” said Alex Plitsas, a veteran who volunteered with an effort called Digital Dunkirk.