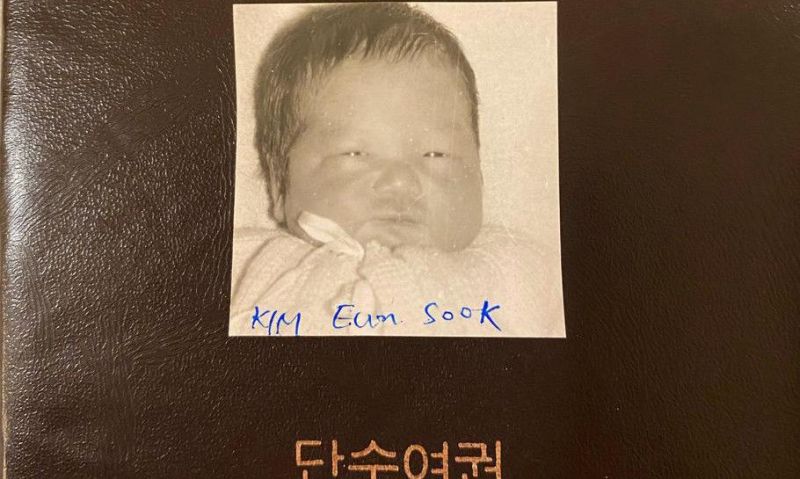 Tara Graves celebrates her birthday Saturday in South Korea, her first since she was born here more than 45 years ago.

Graves, 46, a personal fitness trainer and the wife of Camp Humphreys commander Col. Seth Graves, is among tens of thousands of South Koreans adopted to families around the world in the decades following the 1950-53 Korean War.

In 2020, the Army sent the Graves family from Brussels to South Korea, where Seth took command of the largest U.S. military base overseas.

The new assignment hit home for Tara Graves: She had not been in South Korea since she was adopted at 6 months old, she told Stars and Stripes in December.

Although she saw the move as an opportunity to reconnect with her birth family and Korean culture, it required her, like many adoptees, to reopen emotional scars.

“It’s almost like opening a box full of trauma,” Graves said. “You don’t know exactly what you’re going to get.”

In 1975, Graves’ adoptive parents selected her from a catalog of children’s pictures and flew her from South Korea to New Jersey before her adoptive father’s job with manufacturing company 3M took them to Minnesota.

“It was a very difficult childhood growing up in Minnesota,” she said. “In the small town that we lived in, everyone was sort of predominantly Caucasian.”

As children, Tara and her younger brother, also an adopted Korean, were bullied and teased, she said. Her Minnesota upbringing fostered what she described as a “a very scary situation” due to her ethnic background in a predominantly white neighborhood.

“Being 5 years old and having older kids chase me down at the bus stop, throwing rocks at me, for what I looked like was very difficult,” she said.

At age 16, Graves, with her adoptive mother’s help, started a search for her birth family, she said, “because I wanted to know what happened.”

Through South Korea’s social services, she discovered a note left at an orphanage by a family member, hoping Graves would receive it and contact her birth family. She eventually reached her birth mother and exchanged photos and translated letters.

Graves said her birth mother refused to explain to her what transpired "until she saw me in person and that I learned how to speak the native language.”

“I think I realized that the older that I became, I didn’t have this void of needing to go back to the motherland; to be whole; to know my whole story or meet my biological family,” she said. “I didn’t let that identify me. It wasn’t my identity, being a lost Korean American adoptee.”

Graves ultimately decided that reconnecting with her family may “heal that part of me that hasn’t healed.”

After moving to South Korea, she contacted one of her six Korean siblings and made plans to meet at a café in Pyeongtaek, where Humphreys is located roughly 40 miles from Seoul.

It was an “extremely emotional” reunion, she said. Seth Graves and Jena, the couple’s 17-year-old daughter, also met their extended family members.

“She just looks like her sister,” Tara recalled one of her siblings saying.

Seth Graves said Tara and her birth family were “all very excited to finally meet each other” and described it as “very emotional.”

"I think it’s a very special moment for her,” Seth told Stars and Stripes on Thursday. “Had she and I not met, she may have never made it back to Korea and had the opportunity to meet her family.”

Seth added that Tara’s birth family “took her in with open arms” and also accepted him and Jena “as part of the family.”

While discussing her birth family’s history with her siblings, Graves discovered the true story behind her birth and adoption, a story that conflicted with what was passed down to her.

“All of that was not true,” she said.

Her siblings told Graves that her birth mother divorced her father and left all of their children in his care. When her father died several years later, the eldest brother, who had recently graduated from high school, took care of his five siblings.

"He remembers me being born and then feeding me, and everyone being happy,” Graves said of her brother. “And then, all of a sudden one day, I disappeared.”

While life in South Korea drastically improved in the decades that followed the Korean War, much of the population was still experiencing economic difficulties throughout the 1970s, Kongdan Oh, a former senior Asia specialist at the Institute for Defense Analyses, wrote in an analysis published by the Brookings Institution.

Kim Hyung-bae, the eldest son and a manager of an elementary school in Gangwon province, explained that their parents wanted another son and because “we are folks who experienced poverty” they put Tara up for adoption.

“Men are blind in their own cause,” Kim told Stars and Stripes. “I asked our parents where she went but heard nothing from them. They were answerless.”

Kim said his siblings were too young to understand the concept of adoption, he said, but he felt guilt later on.

“I once thought that adoption is better for her,” Kim said. “I also felt bad for her and thought [she] should be in the U.S. … even just that she should eat well and live well there.”

When the siblings first met, Kim asked Tara Graves for forgiveness, she said.

“There’s nothing to forgive,” Graves said. “But for him, it was very important that he had my forgiveness.”

About 22 years ago, Kim and his siblings exhumed the remains of their immediate family and reinterred them in one grave. Tara Graves’ siblings engraved their names on the tombstone.

Among those names was Kim Eun-sook, Graves’ Korean name.

“I thought we may see her again some time,” Kim said. “And I wanted to prove that Tara has a family in South Korea.”