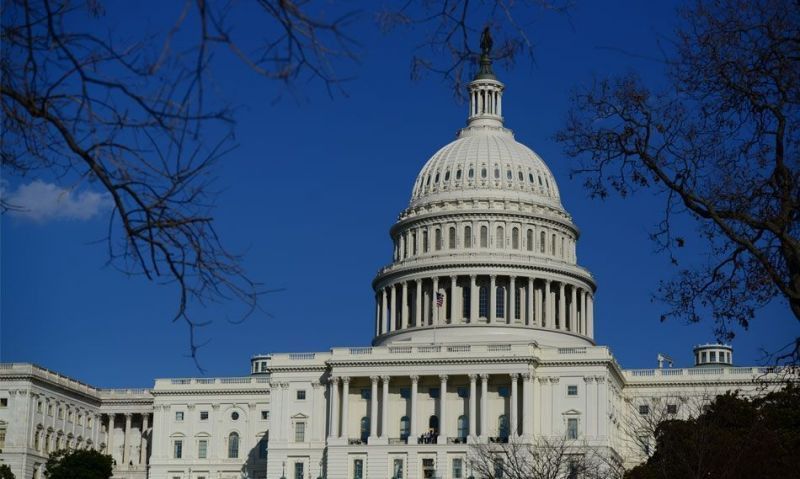 A subpanel of the House Armed Services Committee voted Wednesday to raise pay for service members by 4.6%, reduce the size of the military and dedicate more resources for suicide prevention in the Pentagon’s next fiscal year budget.

The pay increase backed by House lawmakers on the military personnel subcommittee matches the White House’s budget request for 2023 and would go into effect on Jan. 1. It will be debated by the full House Armed Services Committee alongside other recommended measures later this month as Congress drafts an annual defense spending authorization bill.

Pay hikes for service members have hovered at about 2.7% during the last few years and the proposed boost for 2023 represents the largest in 20 years. Members of Congress have expressed misgivings, however, that the 4.6% pay raise pitched by President Joe Biden’s administration can adequately compensate service members amid an inflation rate of 8%.

“[It] may not be enough,” Rep. Jackie Speier, D-Calif., the subcommittee’s chairwoman, admitted during a budget markup Wednesday.

A subcommittee aide who spoke on condition of anonymity said Tuesday that there is interest in possibly raising pay further as Congress continues to weigh the bill. House lawmakers did not move to do so on Wednesday but agreed to require Defense Secretary Lloyd Austin to assess the accuracy of military pay tables and military housing allowances for future funding legislation.

In March, the top Republicans on the Senate and House Armed Services Committees implored Pentagon leaders to consider how the rising cost of living will affect the pocketbooks of military families.

“It’s ignorant to believe these historically high inflation rates aren’t hurting our service members just like they are every other American family,” Sen. Jim Inhofe of Oklahoma and Rep. Mike Rogers of Alabama wrote in a letter to Austin and other military officials.

The two lawmakers issued a statement last month faulting the Defense Department for not having “a good grasp on how inflation is hurting our service members and their families — and how this is in turn impacting recruiting and retention.”

Recruitment struggles are plaguing all the service branches, particularly the Army. House lawmakers signed off Wednesday on reducing the Army’s end strength from 485,000 soldiers last year to 473,000 next year, marking a reversal from a 2017 plan to grow the service to 500,000 active-duty troops by 2022.

The Pentagon is asking to cut 25,000 total positions from the military services.

Wisconsin Rep. Mike Gallagher, the subcommittee’s top Republican member, said the downsizing is concerning “in light of the threats of an increasingly aggressive China, to say nothing of the barbarity on display from Russia in recent months.”

“We will continue to monitor these end-strength reductions very closely to ensure we do not stretch the joint force too thin,” he said.

The House subpanel also voted to extend bonuses and other incentive programs for recruitment and retention by one year as the military wades through a small pool of potential recruits. Only 23% of Americans are qualified to serve due to poor health and other factors, Gen. James McConville, the Army chief of staff, told senators last month.

A significant portion of the subcommittee’s bill also focuses on combatting suicides in the military, which are especially acute in Alaska. Seven soldiers stationed in the state died by suicide in 2020 and 11 suicides followed in 2021. Another six soldier deaths from last year are still under investigation.

Lawmakers are calling for additional financial support, including extra pay and travel allowances, for soldiers assigned to Alaskan bases to help alleviate isolation and money problems that often contribute to suicidal thoughts.

Several provisions seek to bolster the number of behavioral health providers available to troops by establishing a training program for civilian providers looking to work with the military and giving counselors more freedom to use their professional licenses in different jurisdictions.

“We must do everything that we can to get after this issue and look at it holistically,” Gallagher said.

Other measures approved Wednesday by the subcommittee would reimburse moving expenses for military spouses with home businesses, expand professional development education for service members and improve educational services for military families with disabled children. Speier said the subpanel is also directing the Pentagon to complete a study on fair pay for military child care center employees.

“In 2021, more than 20,000 military children with immediate need for child care were stuck on waitlists,” she said. “Throughout the year, we have visited child development centers across various installations and believe the department is not doing enough to recruit and retain an adequate workforce to support the child care needs of military families.”

The subcommittee’s recommendations will be included in a full House committee markup scheduled for June 22. The Senate Armed Services Committee will mark up its version of the bill next week.