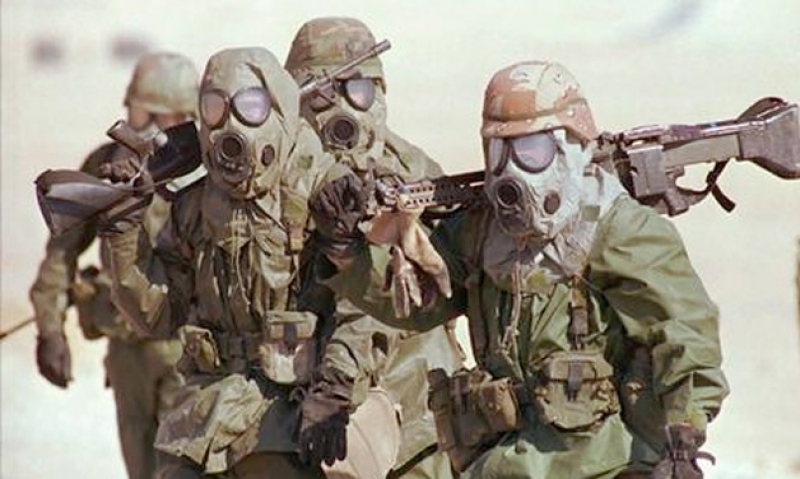 At the end of a March 13 congressional hearing on how well the Department of Veterans Affairs is treating veterans with Gulf War Illness (GWI), Rep. Mike Coffman, R-Colo., said – as a Gulf War veteran – he found VA’s conduct "embarrassing" on the issue.

Coffman, chair of the House Veterans’ Affairs Subcommittee on Oversight and Investigations, then said to the VA witnesses: "I have to ask you, is anybody a Gulf War veteran that’s on this panel right now?"

None of them were. "If there were Gulf War veterans in senior positions in the (VA), I don’t think we’d be here today," Coffman responded, before adjourning the hearing with a sharp rap of his gavel.

The hearing revealed that VA has been less than aggressive in developing effective treatments for GWI, which is still perceived by some at the department as a psychological – not physical – condition. More than 20 years after the First Gulf War ended on Feb. 28, 1991, VA has yet to find a cure for a disease that reportedly affects some 250,000 of nearly 700,000 veterans from that war.

The American Legion has urged VA to identify and develop treatments for GWI. At its August 2012 national convention in Indianapolis, the Legion’s membership passed two resolutions on the illness. One resolution called upon VA "to devote the appropriate resources to finding effective medical treatments to alleviate the unexplained physical symptoms of Gulf War veterans," including "the health of women Gulf War veterans."

The second resolution called upon Congress to pass legislation that would "reinstate and extend the presumptive period for service connection of Gulf War veterans with undiagnosed illnesses indefinitely."

More recently, at its annual Washington Conference last February, the Legion recognized the work of Army Maj. Michael Chagaris, who suffered from GWI and convened a medical team to investigate the cause of his illness. The team discovered that Chagaris’ symptoms of chronic fatigue, pain, and difficulty in sleeping were caused by "Q Fever," a variant of a disease that is common throughout the Middle East. Beginning in January 2011, Chagaris took two prescribed antibiotics for 18 months; his symptoms went away and have not returned.

Chagaris noted that, initially, two doctors who examined him concluded that his problems were psychological. "But I knew that a psychosomatic illness couldn’t make my liver and spleen swell." Later, his own medical experts concluded that the illness was not only real but made even worse by Chagaris’ exposure to chemicals during the Gulf War.

VA’s habit of diagnosing GWI as a psychological problem was noted by more than one panelist at the hearing. Dr. Lea Steele of Baylor University testified that symptoms of the illness "are not explained by established medical or psychiatric diagnoses."

Steele said that, "in some sectors within VA, there appears to have been backward movement, with actions that seem intended to ignore the science and minimize the fact that there is a serious medical condition resulting from military service in the 1991 Gulf War."

Claiming that VA "continues to provide mixed signals, and vague or inaccurate representations concerning the reality and nature of Gulf War Illness," Steele pointed out that VA’s current study of Gulf War veterans "does not assess Gulf War Illness symptoms."

"From my perspective as a scientist who has worked in this area for many years, it is time to get this right," Steele said. "And certainly the many thousands of veterans who have suffered with Gulf War illness for more than 20 years would say it is long past time."

Gulf War veteran Anthony Hardie told the subcommittee there are "still no proven effective treatments for Gulf War Illness patients at VA medical centers, where they are often still thought to be psychosomatic. No VA newsletters to keep Gulf War veterans informed. No implementation of expert advisors’ strategic plans and recommendations. No consistent, reliable medical surveillance of Gulf War veterans…."

A 2010 report by the Institute of Medicine confirmed research that GWI is a unique physical diagnosis (not psychiatric) in nature, which likely involves the interplay between environmental agents and individual genetics.

Referring to the Chagaris case, Hardie said, "Many of us heard recently of an American Legion Iraq War veteran, whose longstanding symptoms were found to be caused by Q-Fever. After appropriate treatment, he was essentially cured. It is unconscionable that DoD and VA do not perform comprehensive infectious disease and immunological testing in veterans returning from overseas areas where such diseases are endemic."

Hardie recommended that Congress should pass legislation requiring such testing to identify, treat or definitively rule out an established listing of debilitating, chronic infectious diseases endemic to southwest Asia deployments.

Victoria Davey of the Veterans Health Administration reminded the subcommittee that VA Secretary Eric Shinseki established a Gulf War Veterans Illnesses Task Force in 2009. "The task force’s mission is to ensure that VA maintains a focus on the unique needs of Gulf War veterans," she said. "It was chartered to conduct a comprehensive review of VA’s programs to support this population of veterans, develop an overarching action plan to advance service to them, and ultimately to improve their satisfaction with the quality of services and support VA provides."

GWI symptoms are quite serious, Davey said, but, "Unfortunately, we do not yet know the cause, but a complex combination of environmental hazards, exposures and individual genetic characteristics may be behind these symptoms."

At one time, the causes for a variety of illnesses suffered by Vietnam War veterans was unknown to VA. In July 1983, The American Legion sponsored an independent study on the effects of exposure to Agent Orange on veterans from that war. Results of the "American Legion-Columbia University Study of Vietnam-era Veterans" were delivered to Congress six years later.

Today, many of America’s Vietnam War-era veterans receive disability compensation for illnesses caused by exposure to Agent Orange and other herbicides.