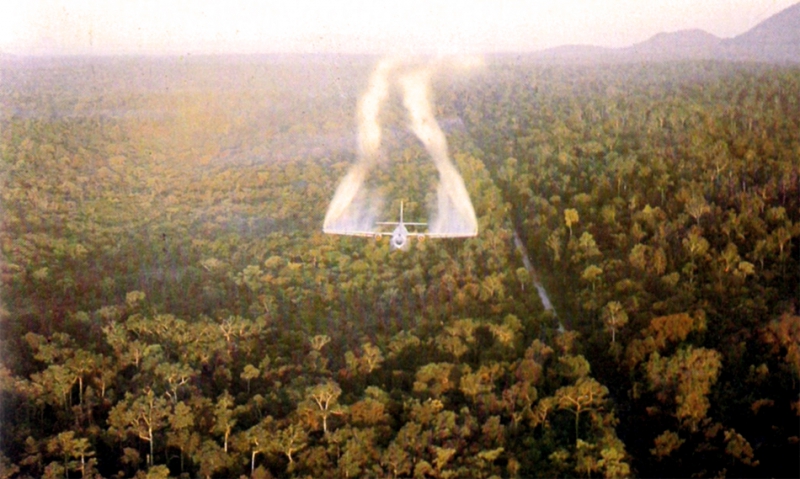 The American Legion has announced its support for extending Department of Veterans Affairs (VA) benefits eligibility to veterans who were exposed to aircraft that had previously sprayed Agent Orange over Vietnam during the war.

The Legion’s support is based on a study published Feb. 21 in the scientific journal Environmental Research: "Post-Vietnam Military Herbicide Exposures in UC-123 Agent Orange Spray Aircraft." The study reports that environmental testing of such aircraft revealed traces of dioxin levels above Department of Defense (DoD) standards for maximum permissible exposure to poisonous chemicals.

U.S. Air Force and VA policies do not currently recognize "dried residues" of herbicide and dioxin as harmful.

Based on recent surface wipes and airborne concentration tests, occupational health researchers have concluded that inhalation, ingestion and skin absorption of dioxin and Agent Orange occurred in crews who came in contact with the spray aircraft after the Vietnam War.

"The Legion is committed to ensuring that veterans receive the benefits they deserve," American Legion National Commander Daniel M. Dellinger said. "We will work with Congress and the VA to promptly designate C-123K aircraft as Agent Orange exposure sites, thereby qualifying veterans who worked with these planes to be eligible for Agent Orange-related benefits."

According to Dr. Jeanne Mager Stellman, professor at Columbia University’s Mailman School of Public Health, the study "should provide the evidence needed for post-Vietnam veterans to receive the same health treatment as in-country veterans. They need and deserve it." Stellman is senior author of the study.

The American Legion and Stellman worked together in the early 1980s to prove that adverse health conditions among Vietnam War veterans was linked to Agent Orange exposure, establishing a link that authorizes VA compensation and health care for those veterans.

In 1983, the Legion sponsored an independent study by Columbia University that established the effects of exposure to Agent Orange on Vietnam War veterans. Congress received the results of the "American Legion-Columbia University Study of Vietnam-era Veterans" in 1989.

The Legion and Stellman have continued to fight for changes that include, in a 2010 decision, ischemic heart disease, Parkinson’s disease and B-cell leukemia among conditions presumed to be connected to Agent Orange. The Legion has also fought to expand eligibility beyond those who served only with "boots on the ground" during the Vietnam War, including "blue-water" veterans exposed to the defoliant on U.S. Navy vessels and U.S Air Force crews who handled it.

In August 2012, the Legion passed Resolution 128 to mitigate legal problems for the more than 1,500 veterans who must prove they suffer health problems associated with herbicide exposure.

Click here for a slide show and synopsis of the report.