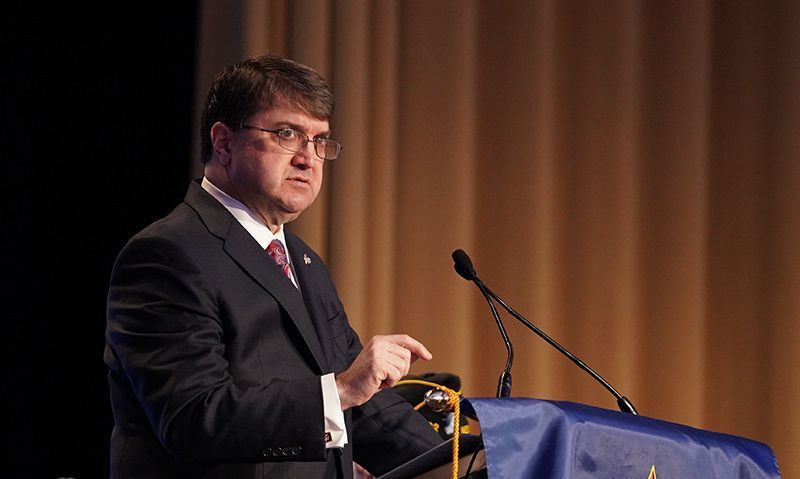 In February, American Legion National Commander James W. “Bill” Oxford called on Congress to investigate allegations that senior leadership at the Department of Veterans Affairs attempted to retaliate against a veteran for reporting a sexual assault at the VA Medical Center in Washington, D.C. On Dec. 10, the VA’s Inspector General reported that VA leadership did not follow up or ensure the medical center had been implementing VA’s anti-harassment and anti-sexual assault efforts.

Oxford issued the following statement concerning the findings of the IG:

“The American Legion has long supported legislation that brings accountability to the Department of Veterans Affairs," Oxford said. "We have also called for the equal and respectful treatment of women veterans. It is unfair to expect accountability from the nearly 400,000 VA employees and not demand the same from its top executive. It is clear that Secretary Robert Wilkie failed to meet the standard that the veteran who came forward with the complaint deserved.

"VA’s own website includes a pledge to Stand Up to Stop Harassment Now! The document states that VA is ‘committed to a harassment-free health care environment for everyone and will not tolerate harassment of any kind.’ Clearly, that did not occur in this case. During one of my visits to a VA hospital, I was asked to sign the same pledge and gladly did so.

"By the promises set forth by his own department, The American Legion believes Secretary Wilkie should resign. Wilkie’s top lieutenants Pam Powers, James Hutton and Curt Cashour should also step down because of their roles in this violation of trust.”