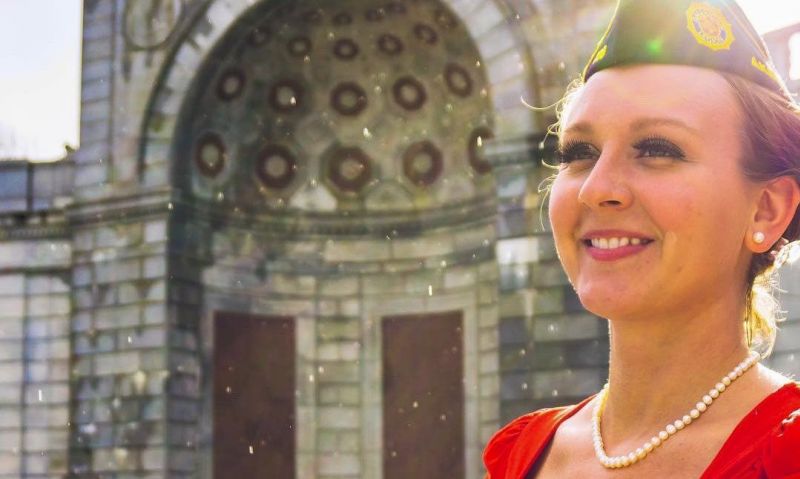 Ashley Gorbulja-Maldonado is a member of American Legion Post 180 in the Department of Virginia.

As we celebrate Women’s History Month, this year marks the 100th anniversary of a historical victory for women – the ratification of the 19th Amendment.

While the amendment gave women the right to vote, “her-storians” will be the first to tell you that the 19th Amendment by no means addressed or solved all the inequities for women in the 20th century — or even the 21st — but it was an important milestone in the broader story of equality in America.

The American Legion, which celebrated its 101st birthday March 15, was a step ahead of the nation as it allowed women members to vote since its beginning in 1919.

Thinking about these events in the same timeframe also highlights the brave women who served without the same recognition as their male peers. Women have disguised as men, worked for less pay, endured prejudice to break down barriers, and earned their place beside their fellow servicemen in all eras of conflict.

From the Revolutionary War to present day conflicts, women have proudly served in the U.S. Army, Navy, Air Force, Marines and Coast Guard as nurses, pilots, engineers, soldiers and other specialties. During World War I, about 35,000 women officially served as nurses and support staff. During World War II, 140,000 women served in the U.S. Army and the Women's Army Corps (WAC) performing critical jobs such as military intelligence, cryptography and parachute rigging. Over 1,000 women flew aircraft for the Women Airforce Service Pilots (WASP).

Her-storically speaking, it wasn't until World War II that women gained recognition as full-fledged members of the military. From the WASP, WAC, Coast Guard Women's Reserve (or SPARs), Marine Corps Women’s Reserve and the Navy’s WAVES (Women Accepted for Volunteer Emergency Service), women proved that this was their war too and that they embodied the “We Can Do It” attitude.

President Truman's determination to make changes within the military led to the Women's Armed Services Integration Act signed into law June 12, 1948. (also known as Women Veterans Day). With this act, for the first time women were recognized as full members of the armed forces. This meant they could finally claim the same benefits as their male counterparts, and it also allowed women to make a career in the Army or Navy. Since 2018, June 12 has been recognized as Women Veterans Day.

During the Vietnam War, 7,000 American military women served in Southeast Asia. In 1976, the first women were admitted to America’s service academies – the U.S. Military Academy in West Point, N.Y., the U.S. Naval Academy in Annapolis, Md., and the U.S. Air Force Academy in Colorado Springs, Colo. During the Persian Gulf War in 1991, more than 41,000 women deployed to combat zones.

Women continue to use the skills and experiences from their military service to make achievements in their careers, contributions to their communities, and to become public service leaders. They are leaving a blueprint to encourage and empower the next generation of young women to aspire to be anything they want to be.

Gender equality is not a female issue, it’s a social and economic imperative that requires bringing visibility to women all over the country and creating metrics for accountability. The American Legion joins countless organizations in commemorating and encouraging the study, observance and celebration of the vital role of women in American history.

The following are a few organizations dedicated to women’s history, recognition, accountability, resources and storytelling.

Women of the Military Podcast

Learn more history about women in the United States:

Ashley Gorbulja-Maldonado is a member of American Legion Post 180 in the Department of Virginia.