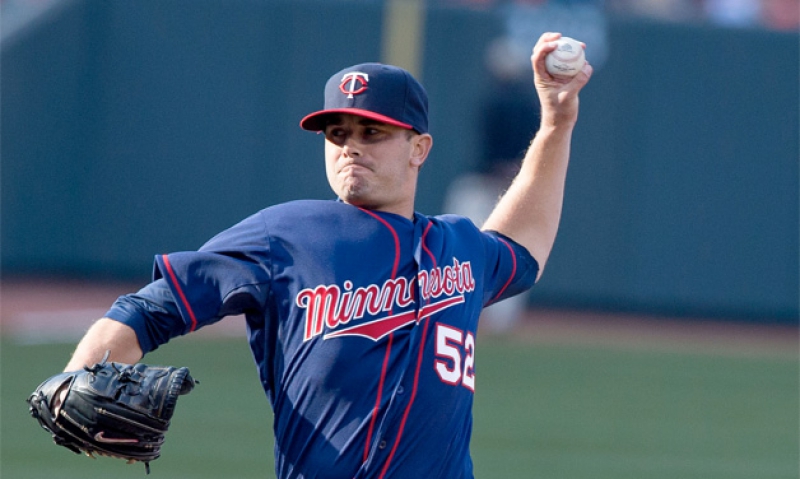 Minnesota Twins pitcher Brian Duensing hung up his American Legion Baseball Millard South Patriots Post 374 jersey for the last time 12 years ago. Now, as the Legion team’s new sponsor, his name is back on the playing field for the 2013 season and beyond.

Duensing — a 2002 graduate of Millard South High School in Omaha — recently donated $10,000 for the purchase of new Legion Baseball uniforms and other related expenses for the freshman, junior and senior Legion teams affiliated with the school. Post 374 and Millard South High School reciprocated his generosity by renaming their Legion teams to the 52’s Patriots — Duensing’s jersey number with the Twins.

Duensing and Patriots Post 374 coach Greg Geary have remained in contact over the years, and Geary said he is excited for the "commitment Duensing’s made to our (Legion baseball) program."

During Duensing’s two seasons playing Legion Baseball, he struck out 141 batters and had a .522 batting average. Following high school, he played college baseball for the University of Nebraska and helped coach the Patriots Post 374 team for two summers. Duensing was then drafted in the third round of the 2005 Major League Baseball draft by the Minnesota Twins, and he made his major league debut with the Twins’ 2009 opening day roster.

"I have a lot of pride in that (Legion) program, and I love being a part of it," Duensing recently told the Omaha World-Herald.