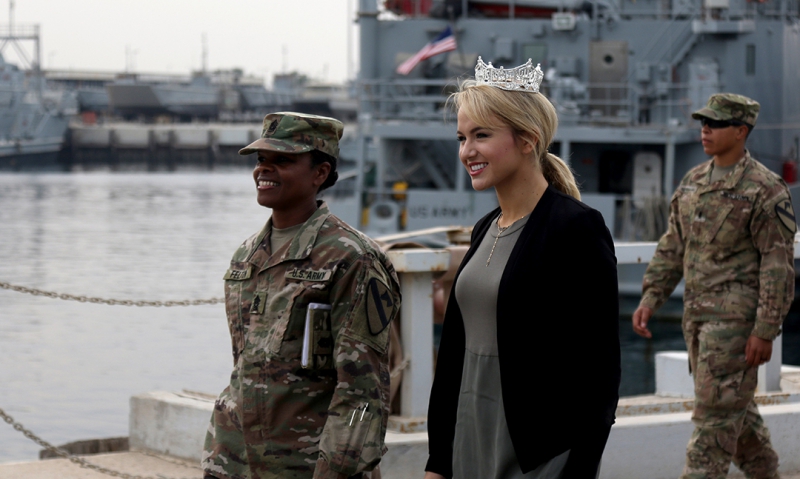 Shields will throw out the first pitch during Sunday's games, as well as speak, sign autographs and take photos with fans at a ticketed meet-and-greet.

Shields is a student at the University of Arkansas and was crowned Miss America 2017 last September during the competition at Boardwalk Hall in Atlantic City, N.J. She is currently serving as the national goodwill ambassador for Children's Miracle Network (CMN) hospitals, which The American Legion has supported through several Child Welfare Foundation grants. A portion of ticket sales from the meet-and-greet will benefit CMN.

The appearance of Shields is being coordinated by the Miss Shelby Organization and its Executive Director, Danyel Phelps. "You can't get any more American than Miss America and baseball," Phelps told the Shelby Star.

Games for the Legion's 91st World Series in Shelby begin Aug. 10, and will conclude with the championship game Aug. 15. Games starting Aug. 12 will be televised live on ESPNU, while games scheduled for Aug. 10-11 will be streamed on ESPN3.com. Stay informed of events, game schedules and more surrounding the upcoming ALWS at www.legion.org/baseball.