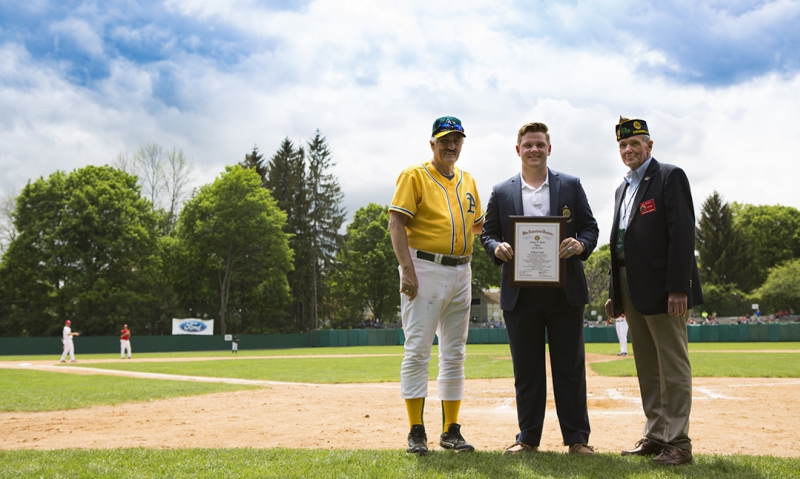 Will Smith, who helped guide Texarkana (Ark.) Post 58 to the 2016 American Legion World Series title, was honored as the George W. Rulon Player of the Year in Cooperstown, N.Y., this past weekend.

Smith stepped onto the field during an exhibition game featuring dozens of former major leaguers at the annual Hall of Fame Classic on Saturday to accept his plaque, which was presented by Americanism Commission Chairman Richard Anderson and Hall of Famer Rollie Fingers, who was the 1964 Legion Player of the Year.

Prior to visiting the museum, Smith made an impromptu visit to Clark F. Simmons Post 579 in Cooperstown to sign the guestbook and was greeted by a loud ovation from autograph-seeking Legionnaires who recognized him from the on-field ceremony.

“It is just surreal to be in Cooperstown,” Smith said of his experience. “Baseball is a lot more than just hitting and fielding. Being involved in American Legion Baseball has taught me a lot of things, like to respect the game, to respect small things and to respect the culture. I wouldn’t want to be anywhere else.”