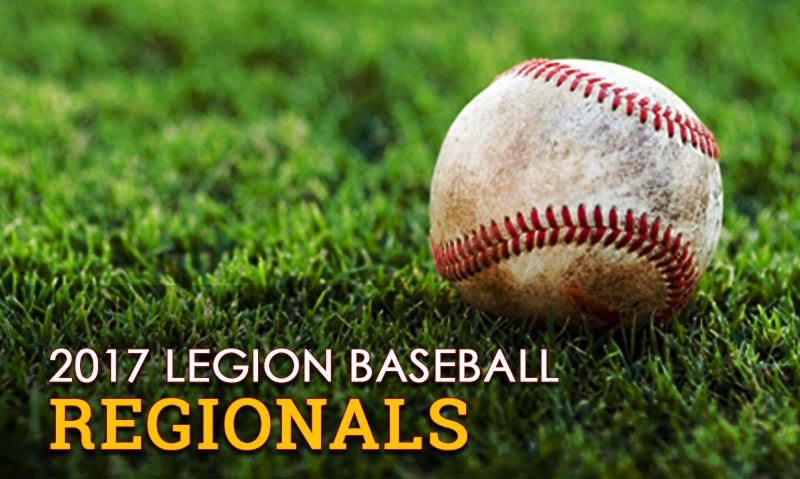 Day 2 of the 2017 American Legion Baseball regionals got underway Aug. 3.

Here is a recap of the day’s events:

It was a long day, but fans from the host state must be thrilled to see both teams set to square off in the final winner’s bracket game. Shrewsbury and Braintree both advanced, topping Stamford and Maine,  respectively, to advance to Game 11. Rhode Island and New Hampshire stayed in the hunt with wins over Vermont and West Hartford, respectively. The heroes of the day were the staffs that helped prepare and execute seven games at two sites.

Rain, rain, go away. It stopped before Game 8, this region will get off to an early start Friday morning to try to catuch up with the second winner's bracket game pitting Maryland and Ephrata.

The winner will play the other 2-0 team, New Jersey, which topped Delaware 11-9. Delaware will play Leesburg in an elimination game, while the loser of the postponed contest will take on the other Virginia team, Albemarle, in the other win-or-go-home tilt.

Florida has only conceded one run through two games, moving to 2-0 with an impressive 1-0 win over South Carolina. Florida will face off with the hosts, Randolph County after the hosts topped Georgia with a shutout of its own, 4-0. Wilmington and Alabama stayed alive by eliminating Kentucky and West Virginia, respectively.

Two close games headlined the winner’s bracket, as Arkansas slipped by Leplace, 4-2, and Oklahoma topped Missouri, 3-1. Missouri gets Tennessee in the lower bracket, while Leplace will get Mississippi. Teams braved multiple delays for weather, but eventually completed the day’s slate as expected.

A rainy day in Ohio came to a close just shy of 1 a.m. as Michigan topped Eau Claire  under the lights. In the other half of the winner’s bracket, the two Illinois teams squared off and Edwardsville used a six-run eighth to top Danville. On the other side of the bracket, both teams from the home state were sent home as Indiana cruised to victory over Beverly/Lowell and Oshkosh walked off with a 9-8 victory over the hostson a single from Adam Penzenstadler.

Another crazy day in the wild, wild (North)west as games lasted well into the night in Missoula. Alaska had the tying run at the plate, but Idaho held on in the day’s first game, 3-1. Oregon stayed alive in the other elimination game, holding on despite the tying run on second in a 6-5 nail-biter against Bozeman. A football game broke out in Game 7, with Missoula beating Washington by a touchdown, 21-14, in a game with a dozen players sporting multiple hits. Hawaii rallied with a squeeze play in the ninth to force extras against Wyoming before a three-spot in the 11th inning won it for the islanders, but not before Wyoming scored and loaded the bases in the bottom of the frame.

Texas and New Mexico emphatically stayed alive, scoring 25 and 14, respectively, knock out both Colorado teams to open the day’s elimination side of the bracket. They will face off against Arizona and California, respectively, after those teams fell in the winner’s bracket. Utah and Nevada will square off in Game 11 after Utah pitched out of a bases loaded jam to hold on to an 8-5 victory over Arizona.