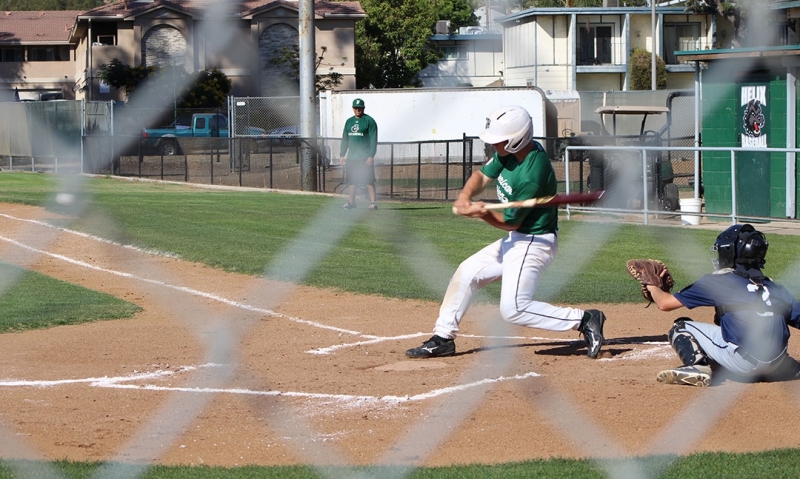 After a 33-year absence, American Legion Baseball is back in San Diego.

Ohnstad couldn’t get a clear answer as to why American Legion Baseball in San Diego went dormant for so long. Some say it was the decline in the overall number of posts in the area, while others say it was due to travel ball and pay leagues.

When Ohnstad looked at the history of American Legion Baseball in San Diego, he was taken aback. San Diego was a powerhouse in 1939 and through the 40s and 50s. “It was a hot bed of Legion Baseball,” Ohnstad said. “That was the footing I used when I started writing to everybody and I said, ‘Let’s restore the legacy.’ This is the town of Ted Williams. You look at all the great players that have come out of here, and I said let’s restore the legacy and see if we can bring (Legion Baseball) back.”

“We saw what American Legion Baseball used to be, what it’s meant to be,” Yates said.

The initial goal for its first year back was four teams, however, the enthusiasm was so great that 14 teams were fielded. Twenty coaches, two who were former American Legion Baseball players, showed up to the first big meeting. Robert Lovato, who played American Legion Baseball from 1981-1983, supported the return of Legion ball and coached the newly formed Madison Hawkeyes. “Back in the day making a Legion team was like making an elite travel team. To start on an American Legion team, that was kind of like making it,” Lovato said.

The Patrick Henry Trojans and Helix Hornets, two other startup teams sponsored by San Dieguito Post 416, made it to the Department of California state competition. Helix Hornets Coach Mark Smelko was instrumental in bringing Legion ball back to San Diego, and even coached 33 years ago.

“Getting this thing started is the best thing in the world for the kids,” Smelko said. “It’s very good competition, and I think that’s what the boys need.”

Yates agreed. “When you’ve got guys out playing baseball, word gets out in that community,” he said. “It’s a tight-knit community; it doesn’t matter what league you’re playing in. The kids recognize the opportunity they were given, and they do appreciate it. It’s just a great opportunity, and it costs the kids nothing.”

Lovato added that “the first draw was that American Legion was funding it. The kids got to play for free, and it was back to what it was before … we never paid for anything playing baseball growing up. People think that they get more if they pay more and American Legion has given that option where the kids can just go out and play ball; it’s giving them a great opportunity.”

Smelko said that Legion Baseball allows young men who don’t have financial means to play travel ball or go to showcases a chance to play. “I think this is the best thing in the world for high school baseball. I like (American Legion Baseball) because it really gives the kids a chance to compete.”

District 22 is trying to bring the past to the future with its theme “Restoring the Legacy,” and Ohnstad focused on that at the start of the season when he motivated the league with a heartfelt pep talk. “This will be the first season of many more to come and you are the groundbreaking teams, coaches and players that will rewrite that history.”

“We want to put a program on here that’s going to have longevity, and we’re going to be a powerhouse forever,” Ohnstad said. “We’re never going to let (Legion Baseball) disappear again. One of the pillars, Americanism, is to foster and perpetuate a 100 percent Americanism. What better way to do that than with American Legion Baseball.”